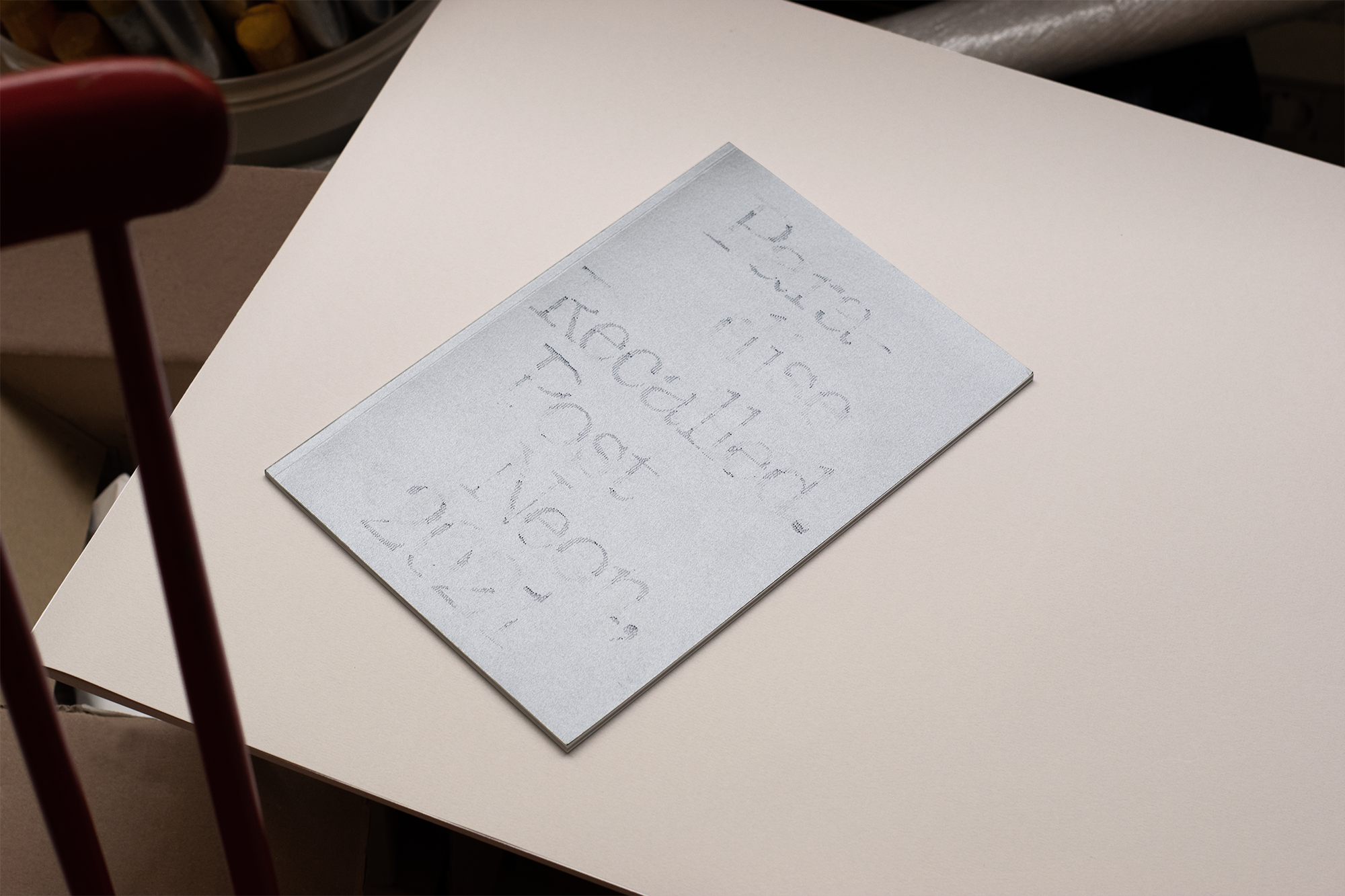 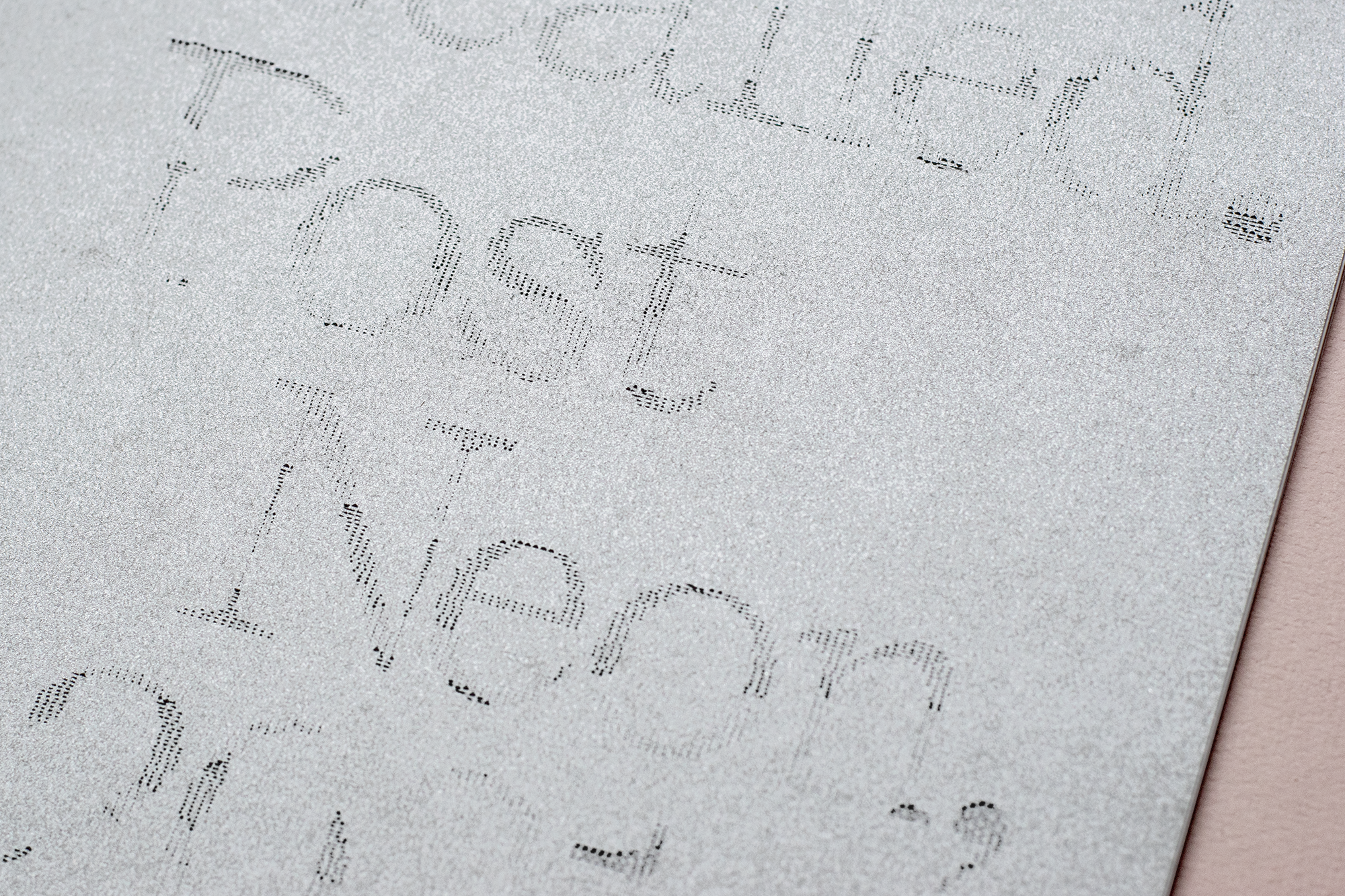 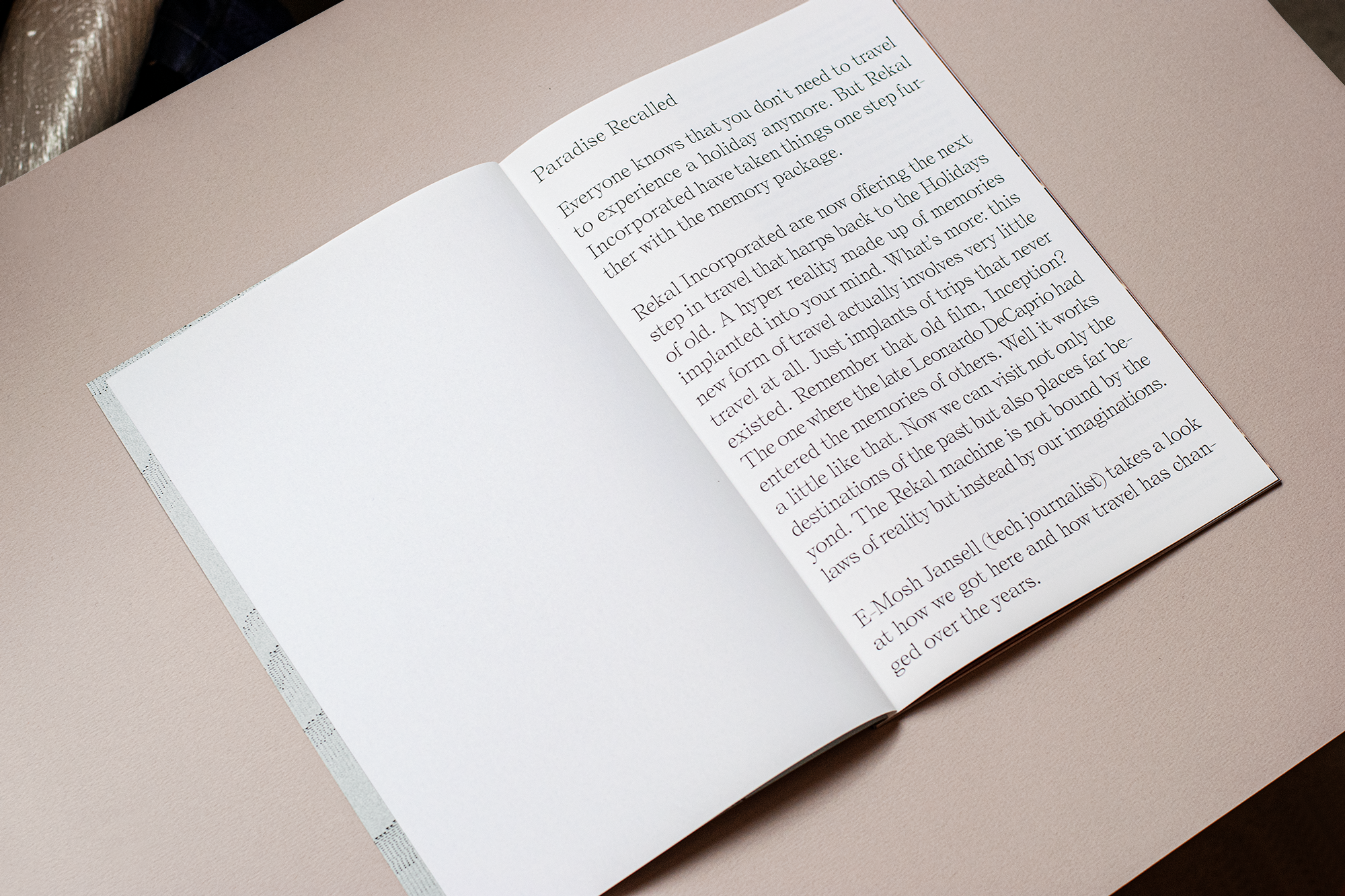 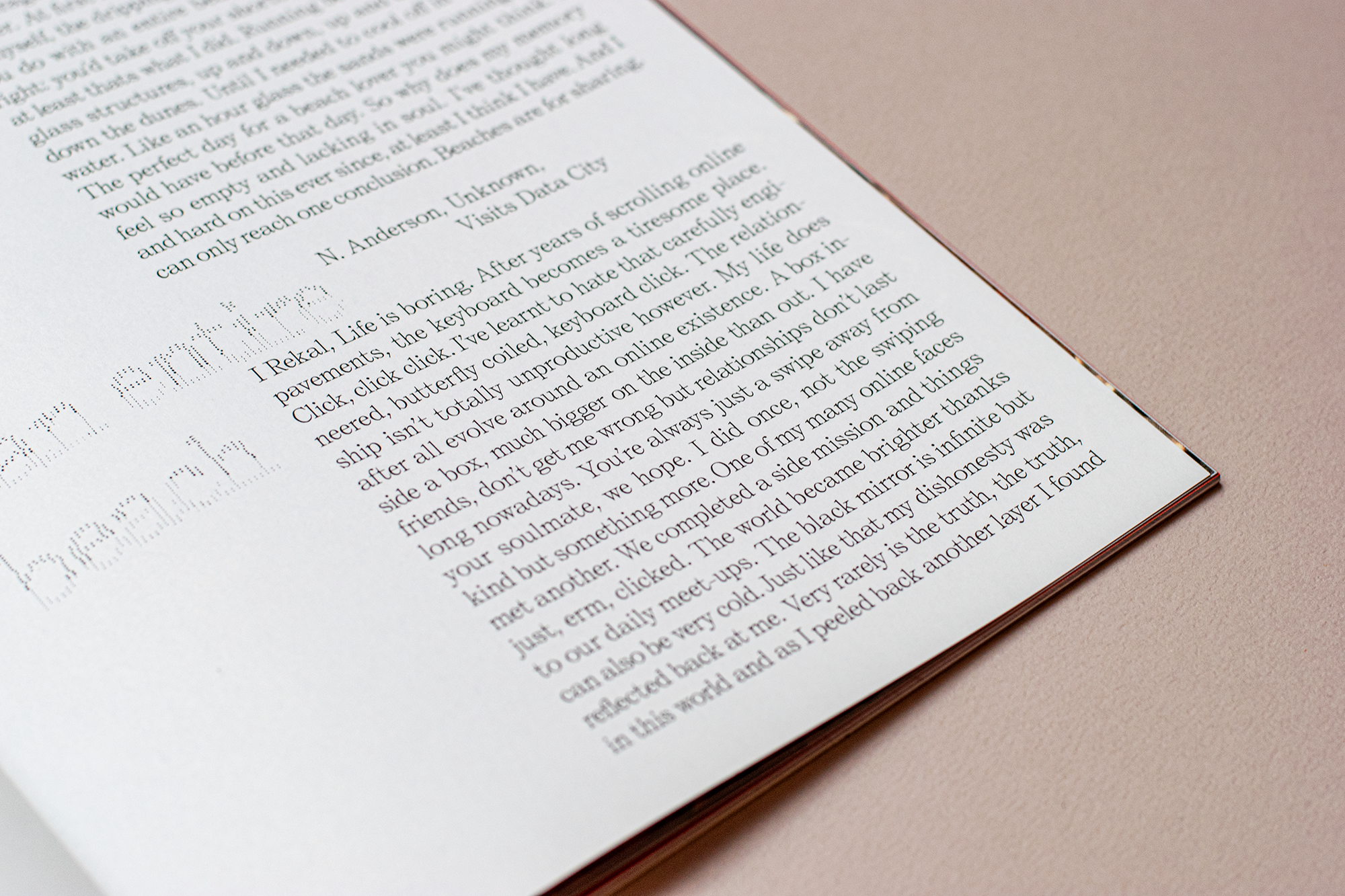 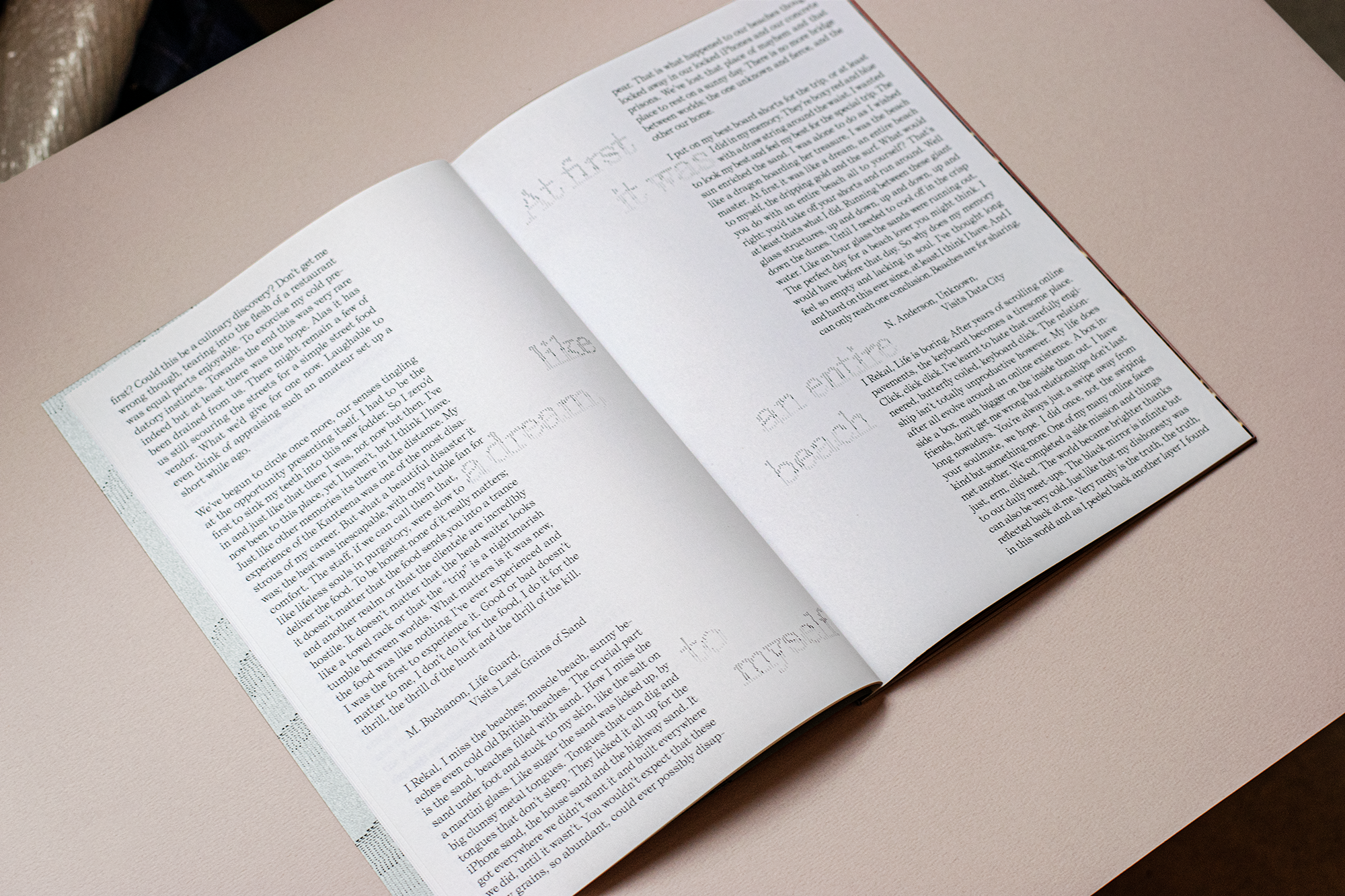 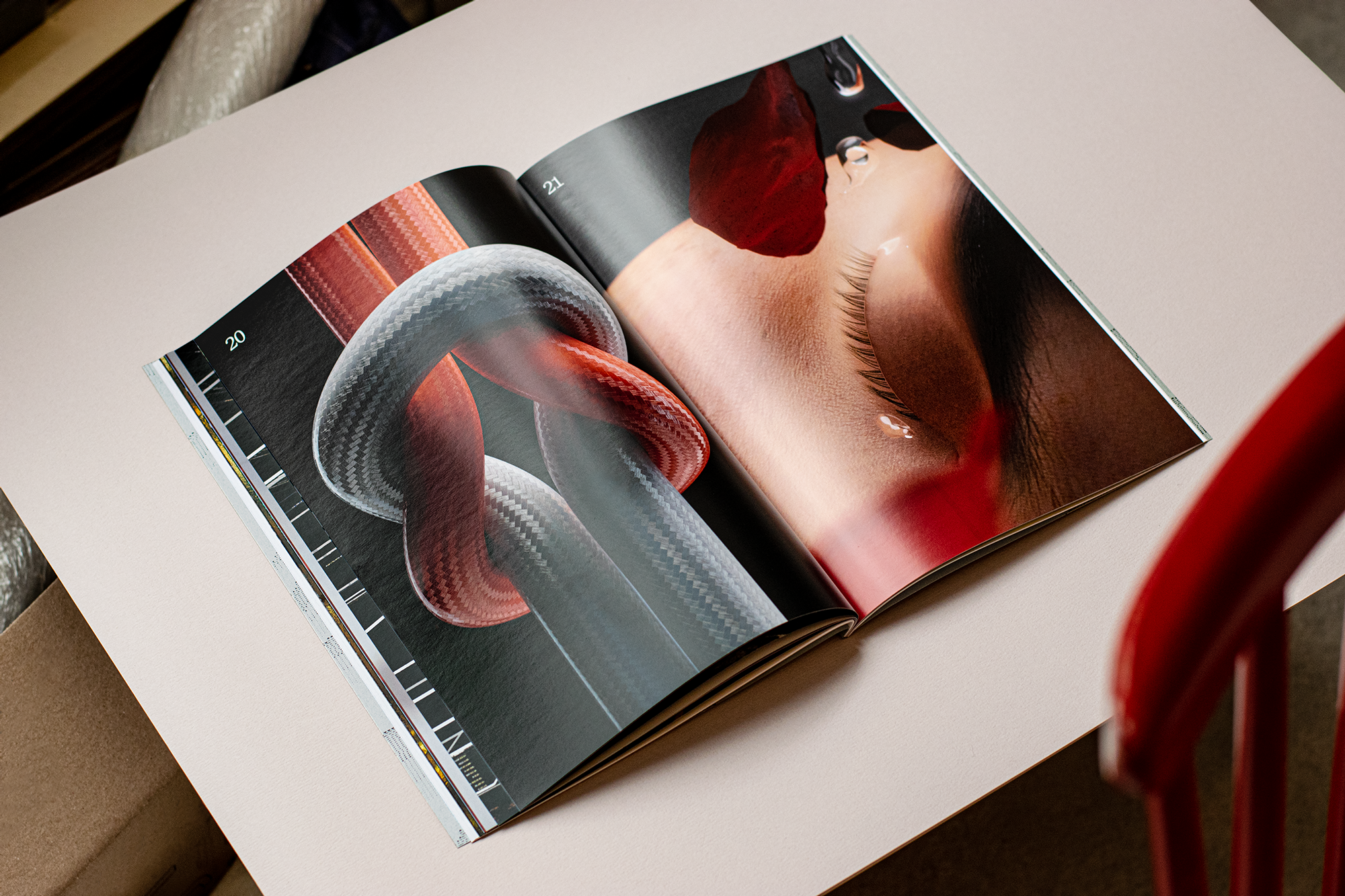 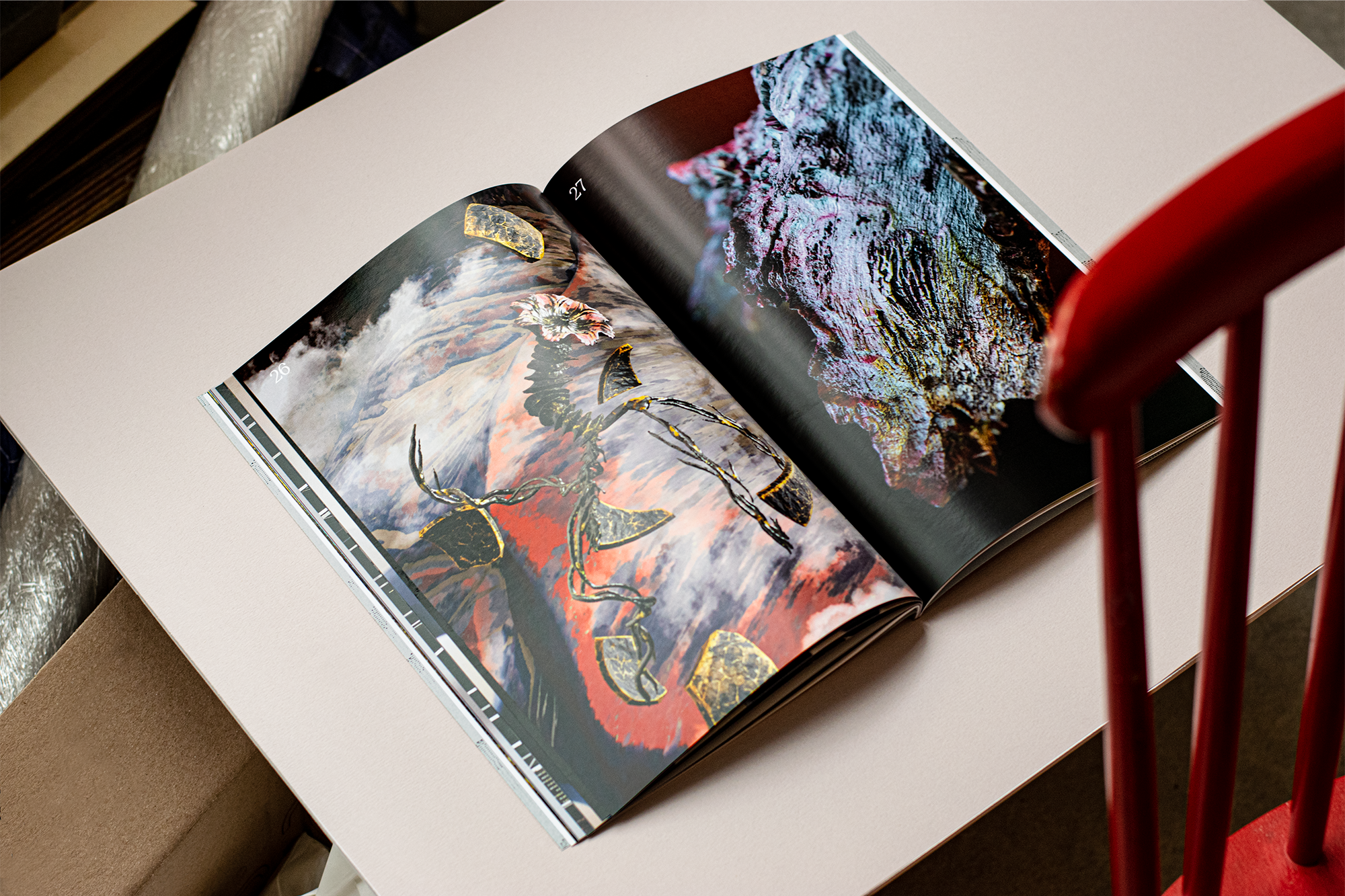 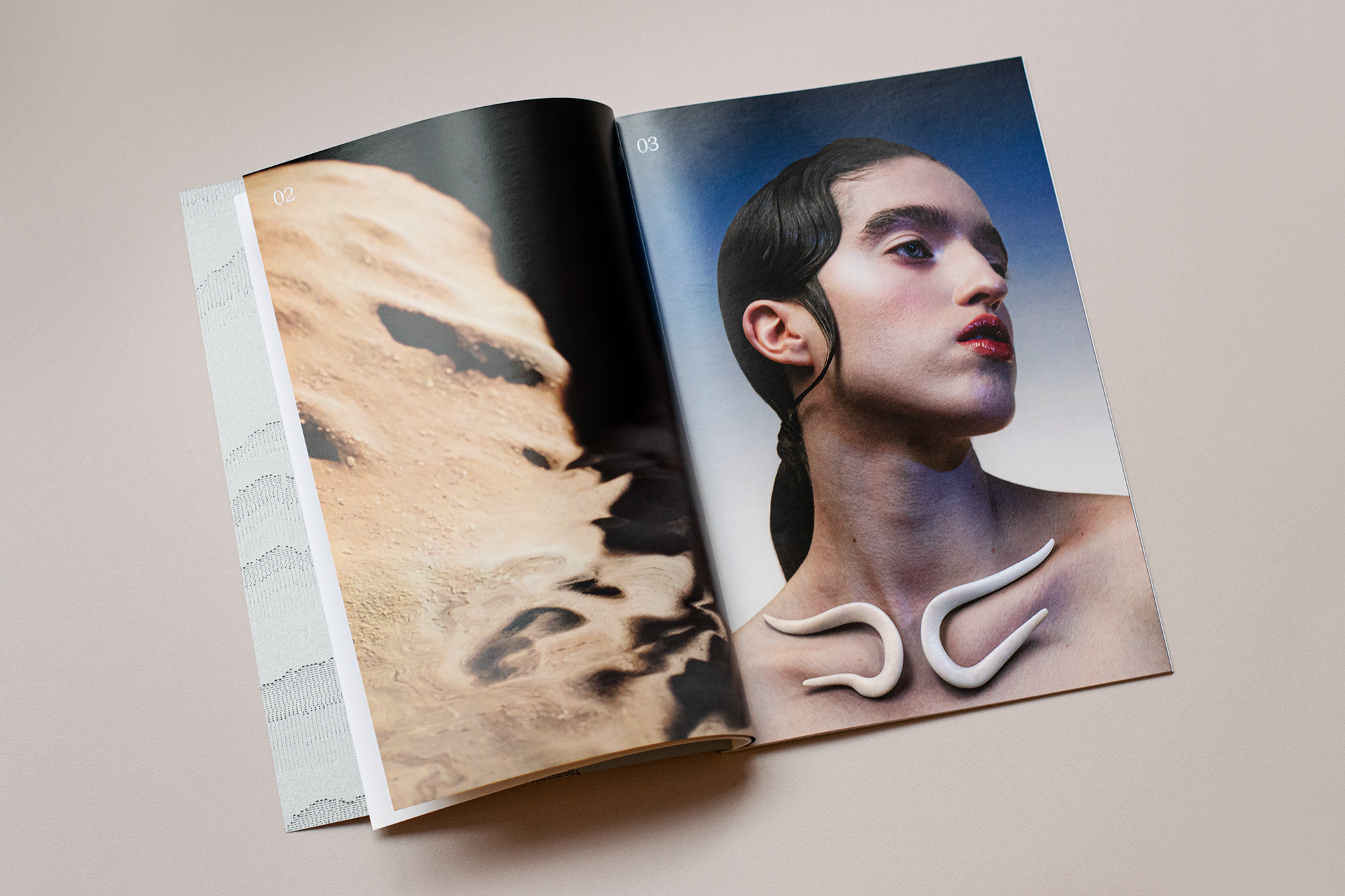 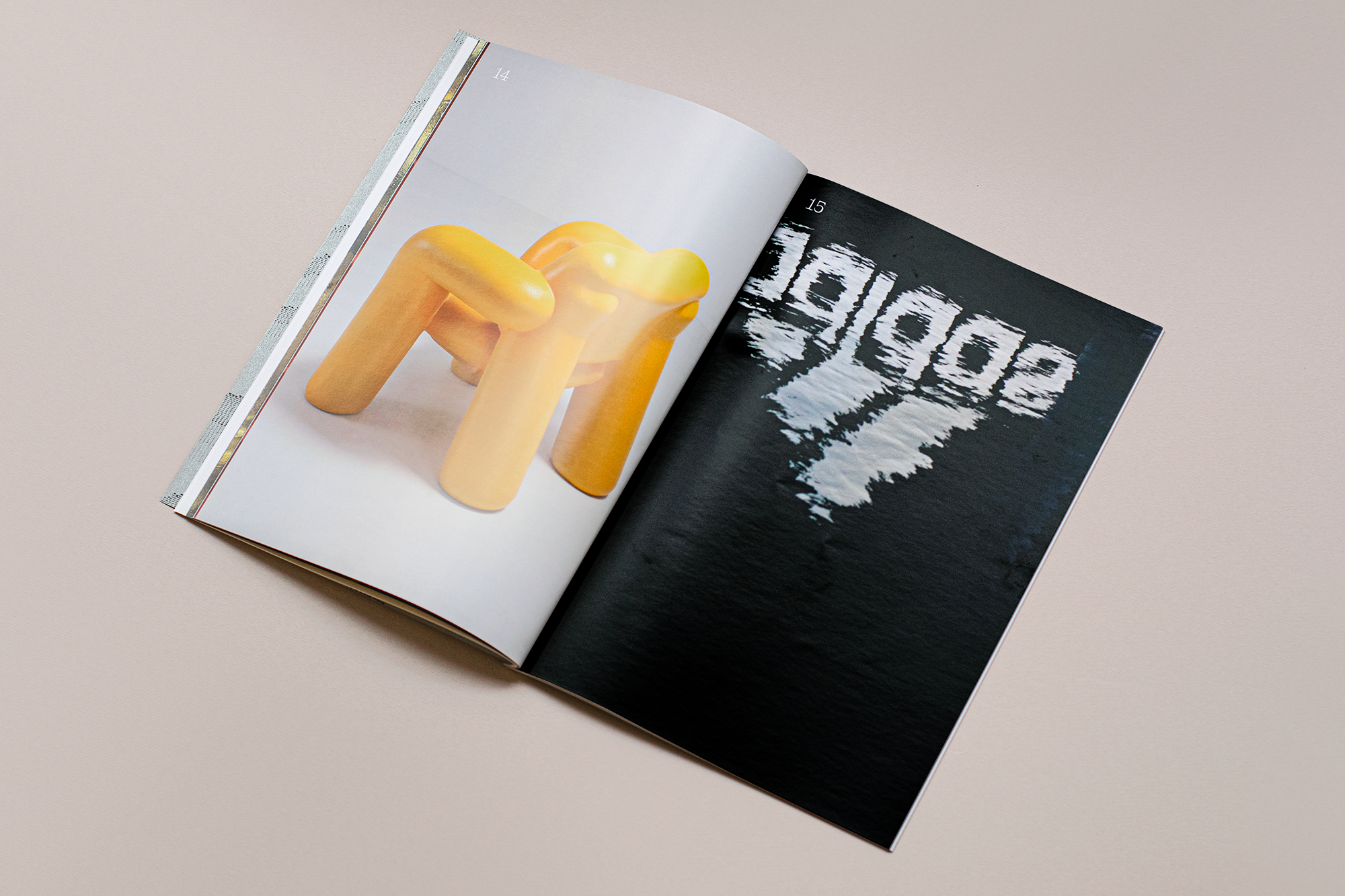 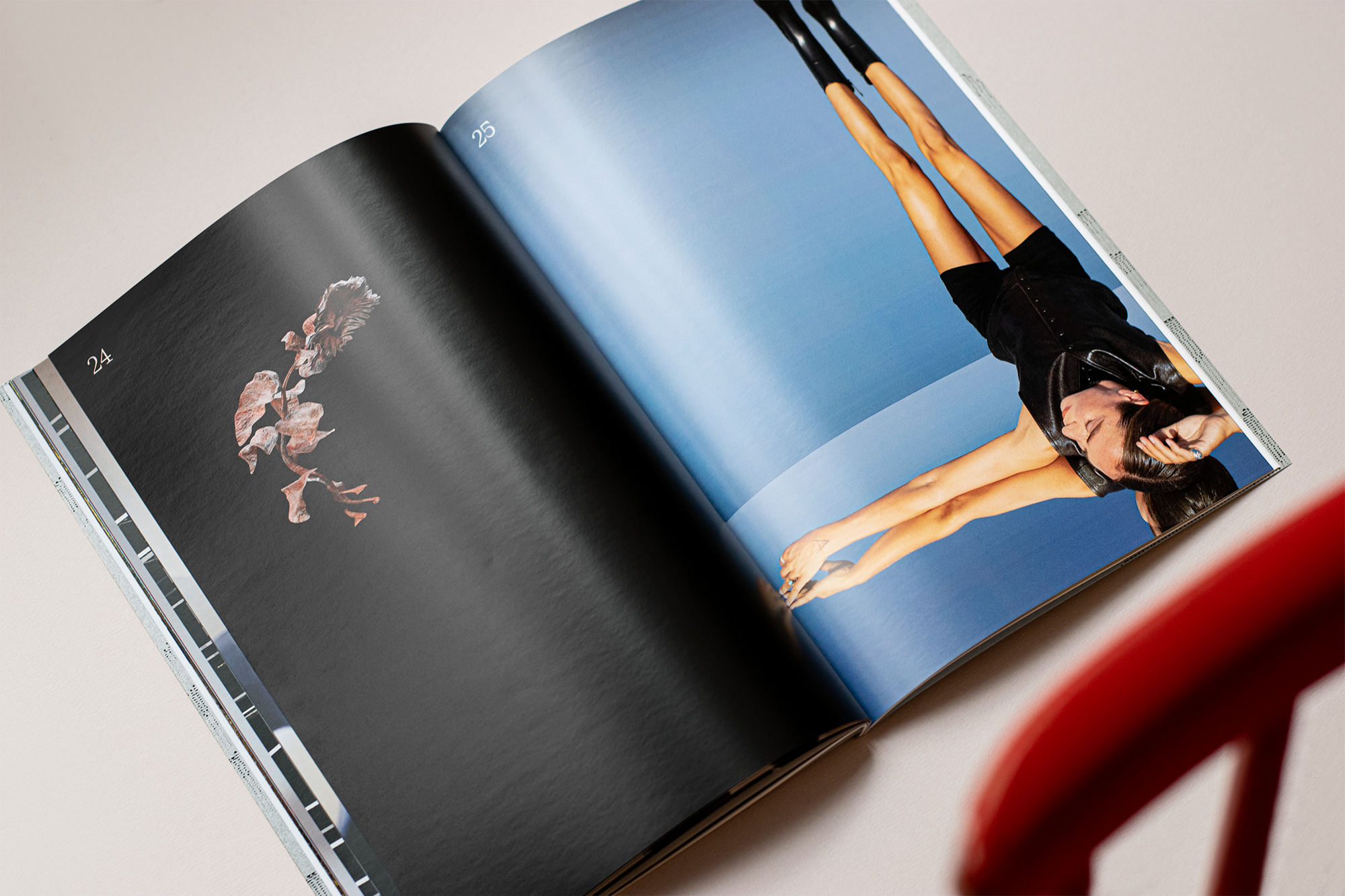 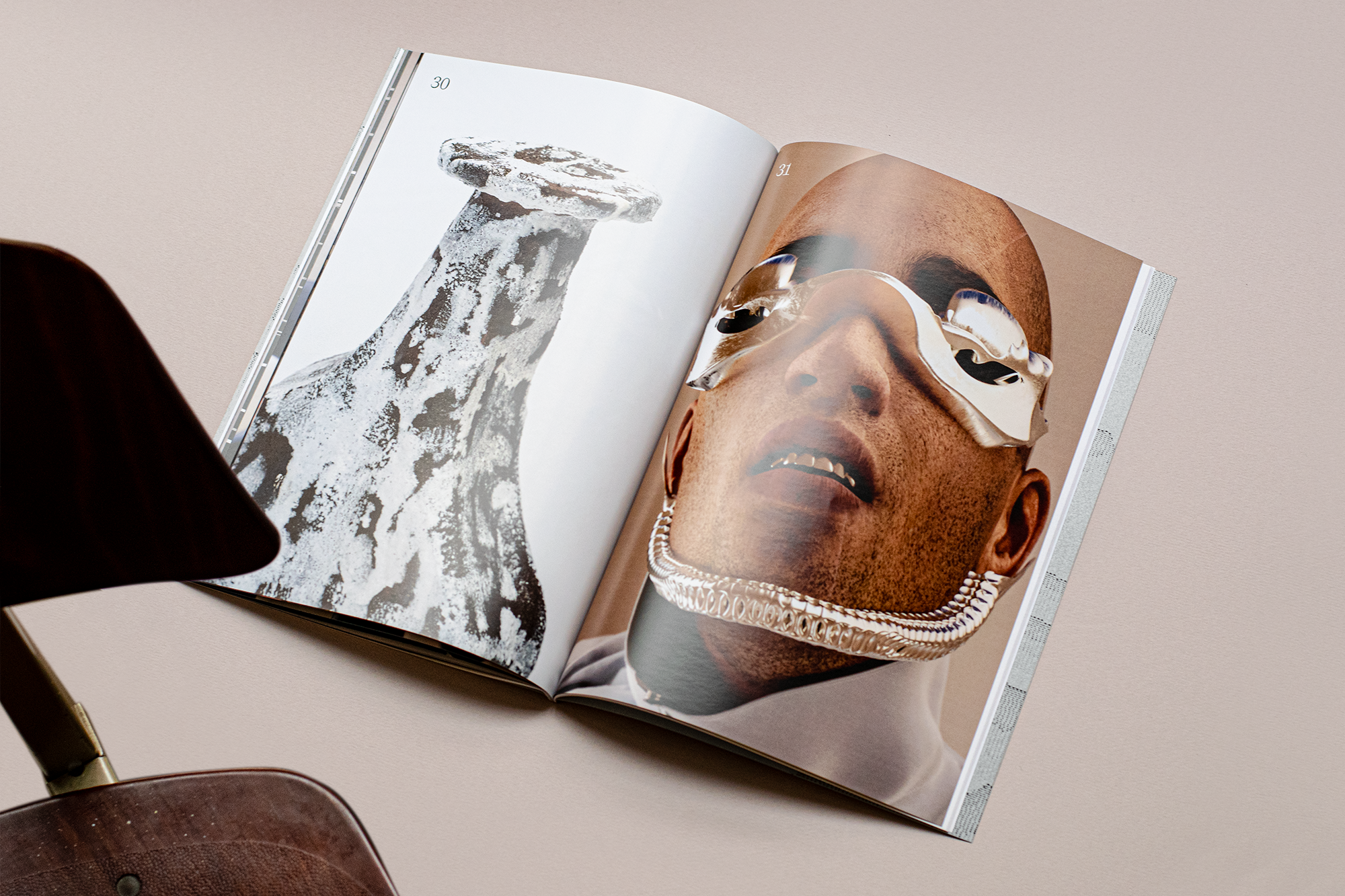 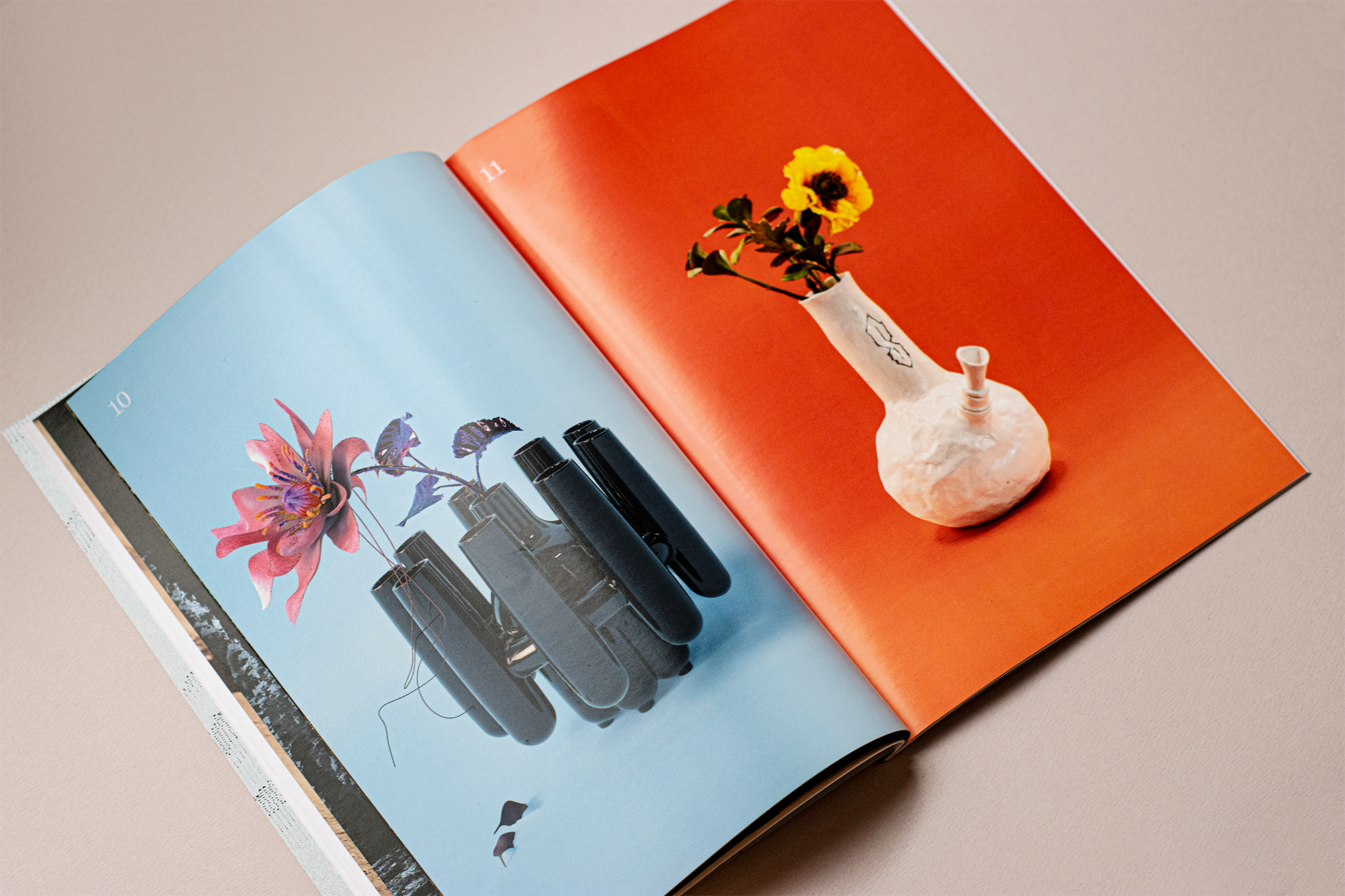 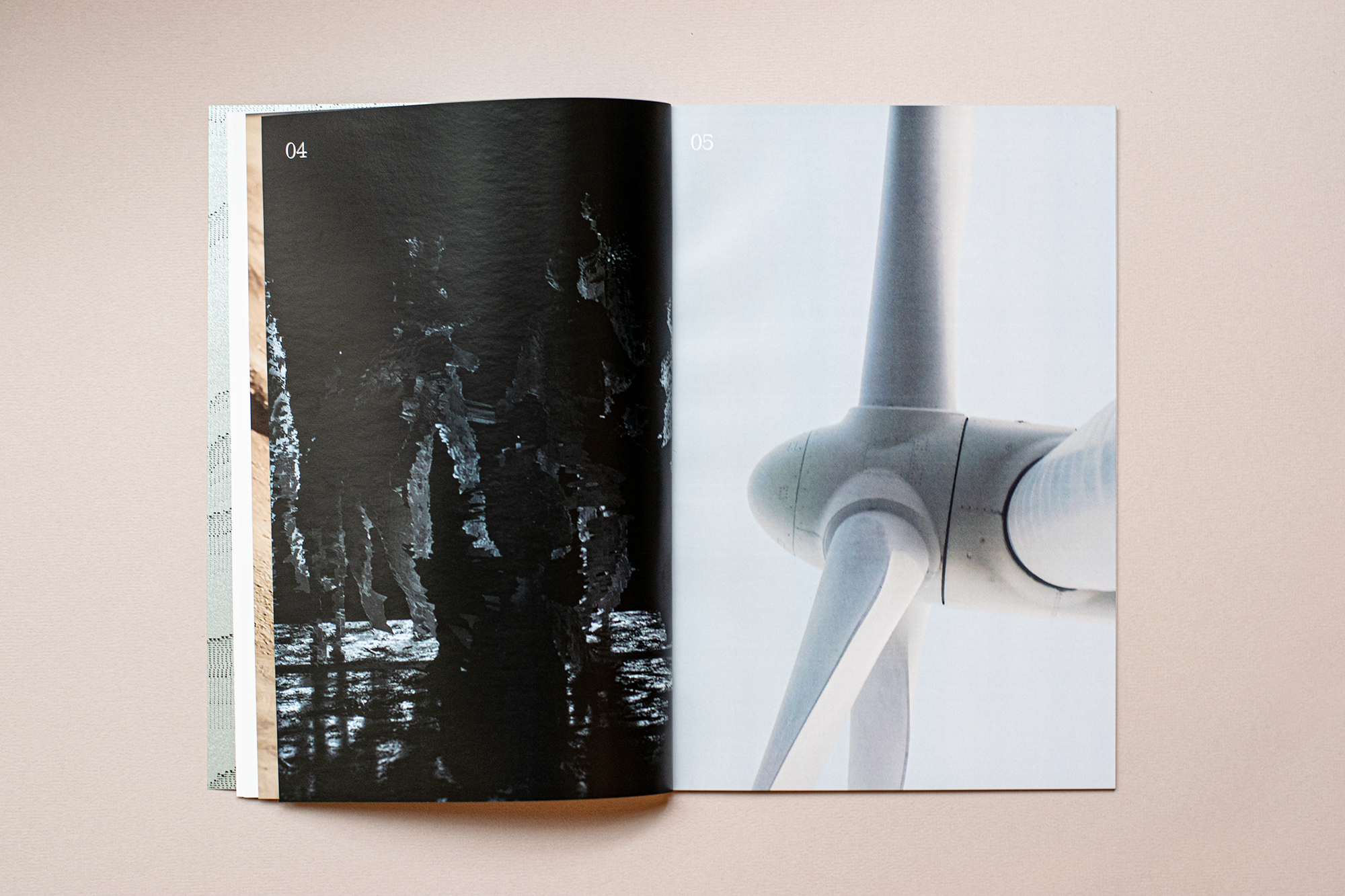 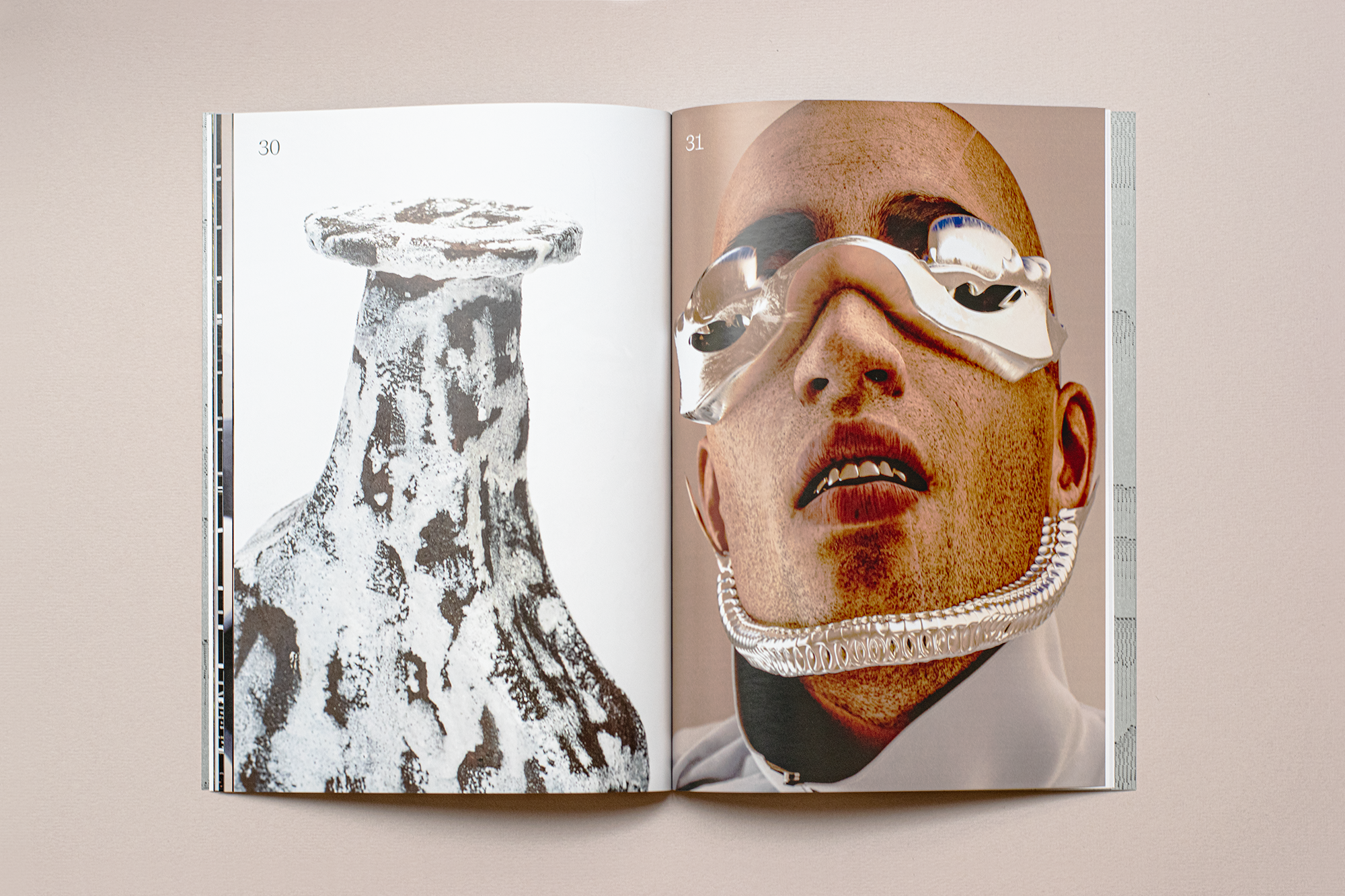 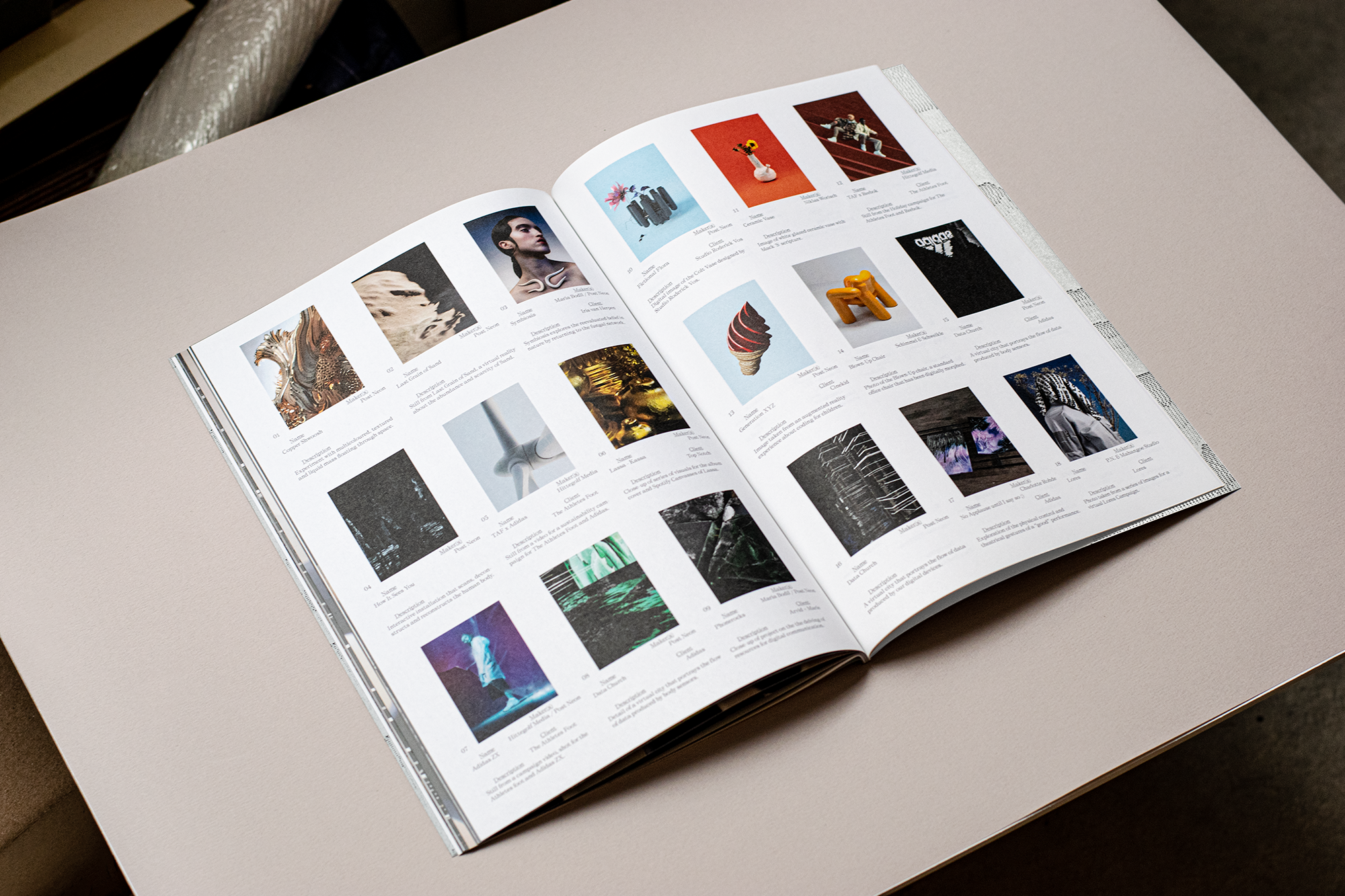 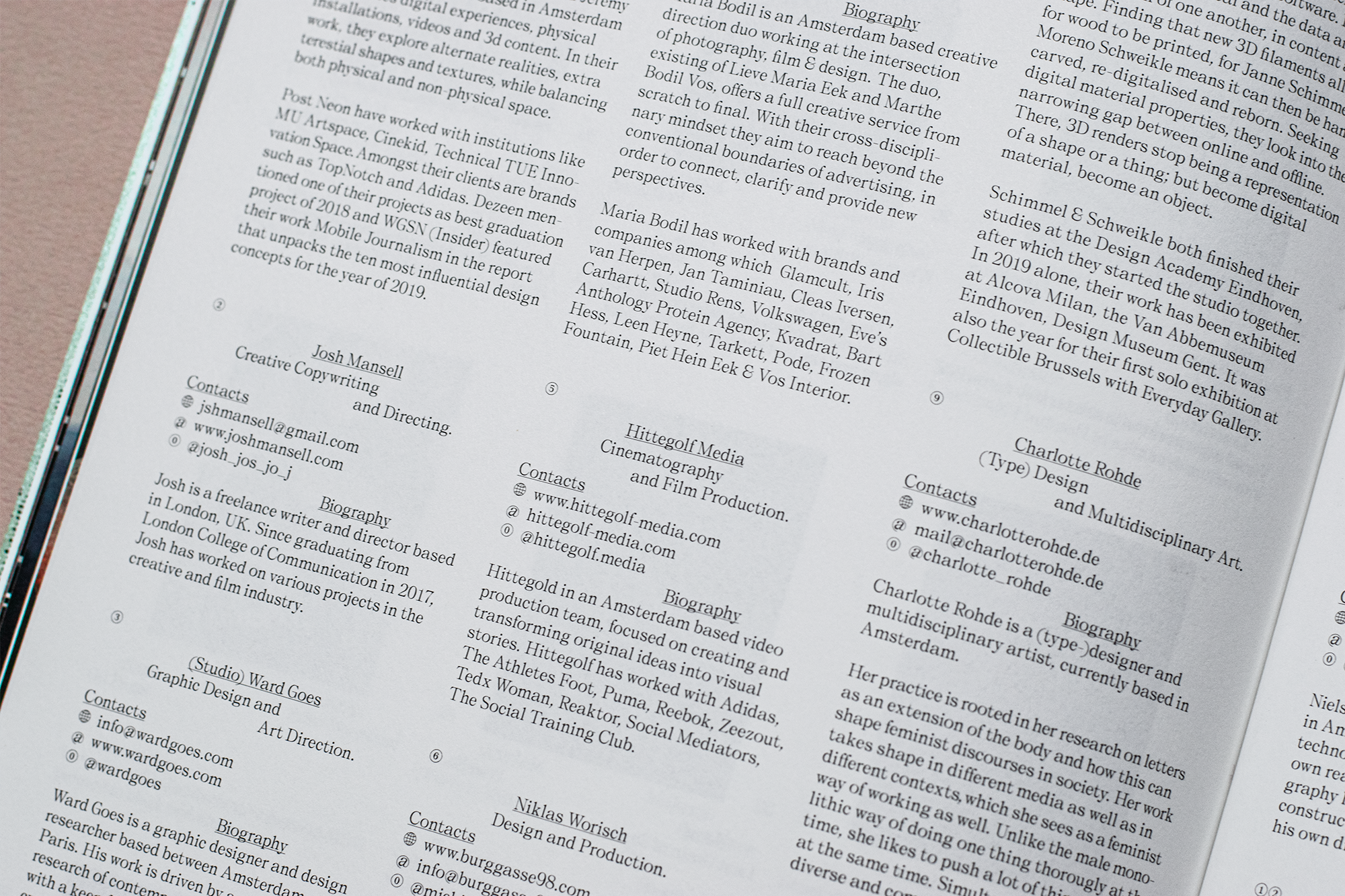 Paradise Recalled is a magazine about the future of holidays and travelling, visually illustrated with imagery of young artists. The project was initiated by Post Neon, a digital design studio founded in 2018 in Amsterdam, as a visual exploration into ways they can create new contexts in which to present their work.

On the one hand it revolves around a short story by Josh Mansell, specifically written for the magazine. Inspired by the 1990 film ‘Total Recall’ it takes the virtual spaces and worlds that Post Neon created for past projects and interprets them as future holiday destinations in a world in which humankind enjoys their vacation virtually. In an eclectic forecast of the world anno 2065, josh unpacks the layered work of Post Neon. On the other hand the magazine also serves as a showcase of Post Neon’s work, as well as the group of creatives surrounding them. It places works of different makers next to one another — revealing contract, similarities and interaction.

The visual aesthetic of the publication leans mostly on the typographic treatment of the headers. These titles are made up from small bits and pieces that mimic mountainous and picturesque landscapes, which refer both to the current day interpretation of holidays, as well as the digitalisation of it.