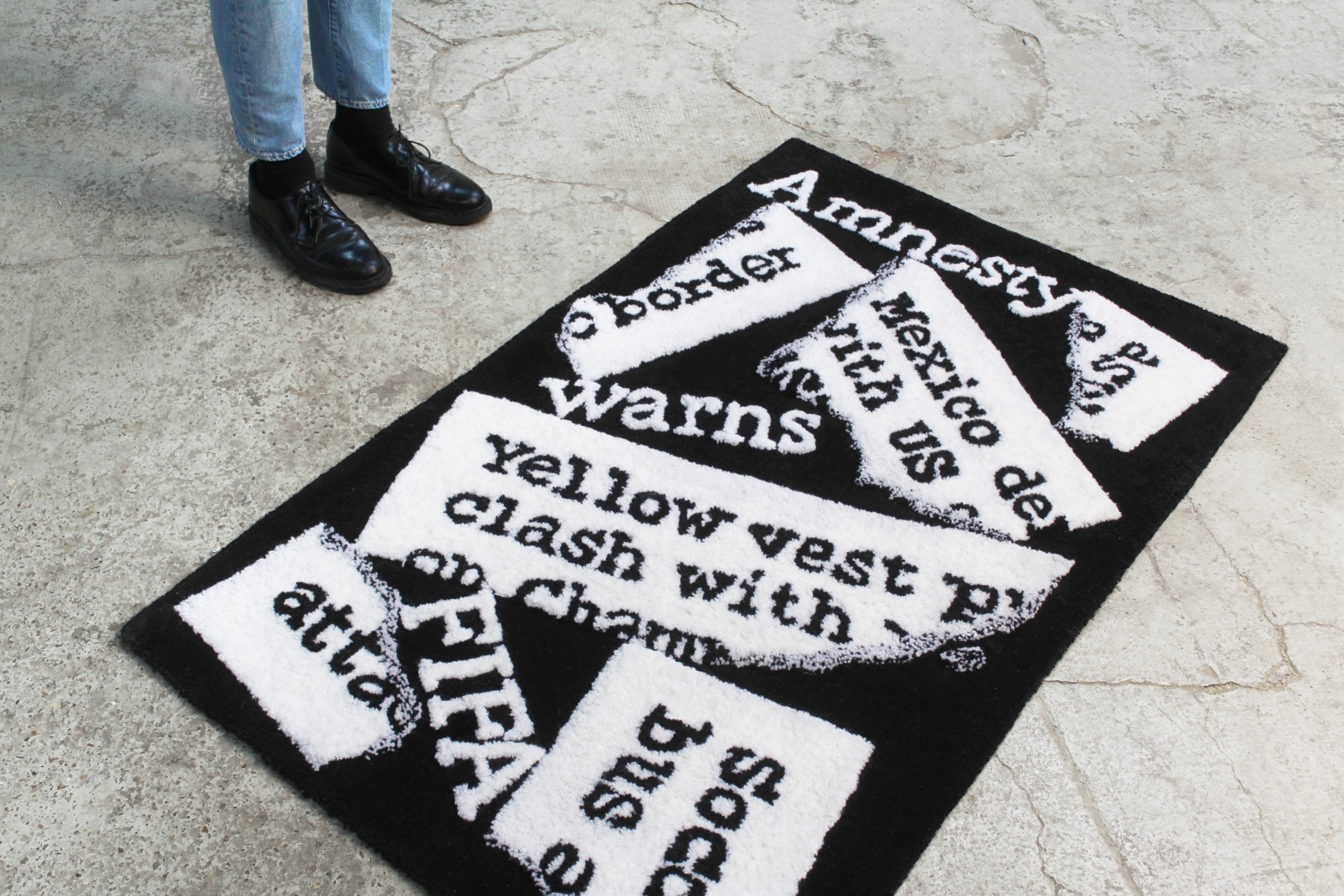 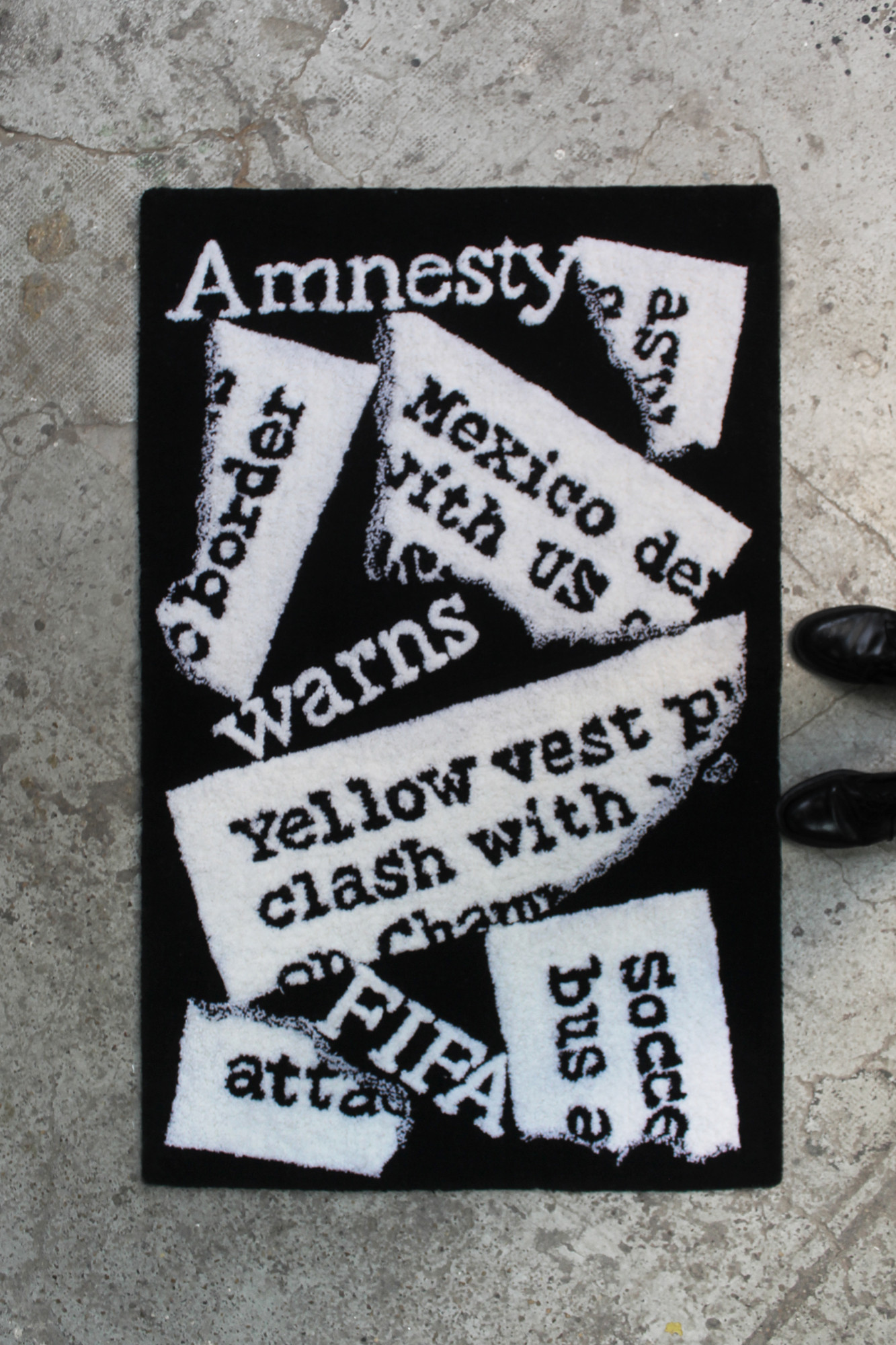 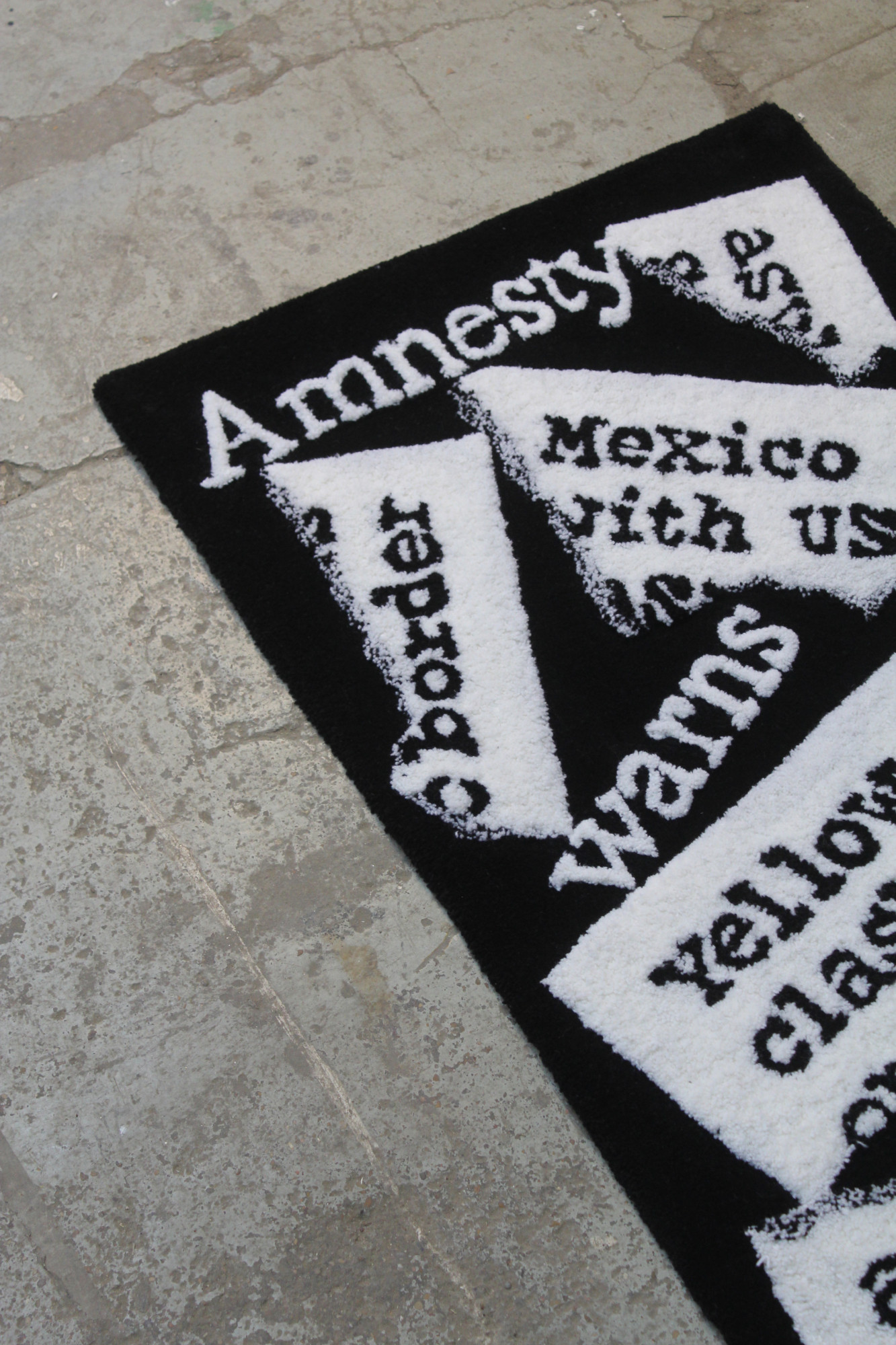 The term “Never forget” was originally coined to reference impactful events throughout history. Later it was used to mock overly abundant news coverage on seemingly insignificant events. Within an overly crowded news landscape offering an avalanche of news reports every day again, many reports are barely read, seen or listened to. This carpet is the first of a series of objects that repurpose news that did not make the headlines. It recycles them into archetypical objects for the home and speculates on the function of redundant news reports.