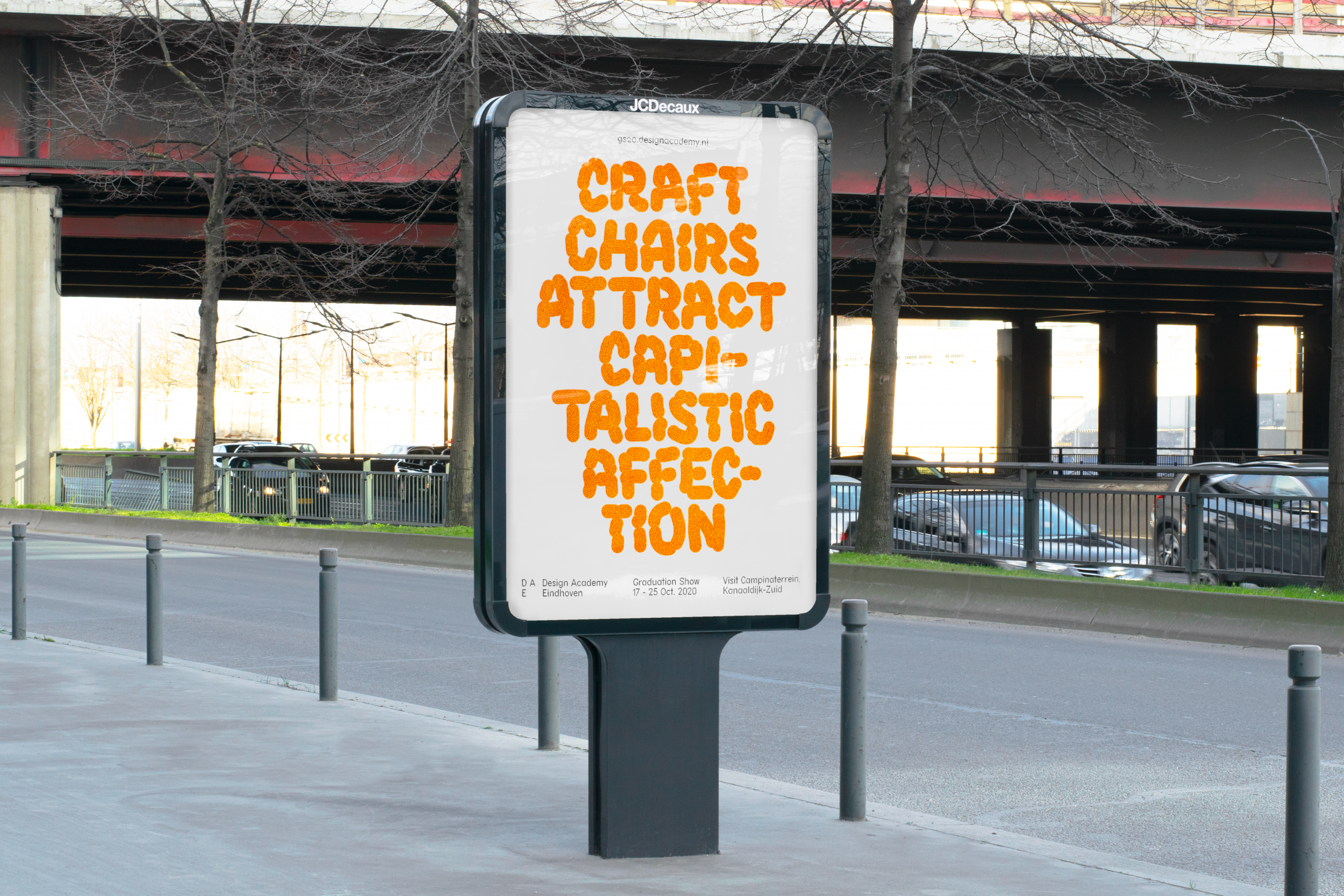 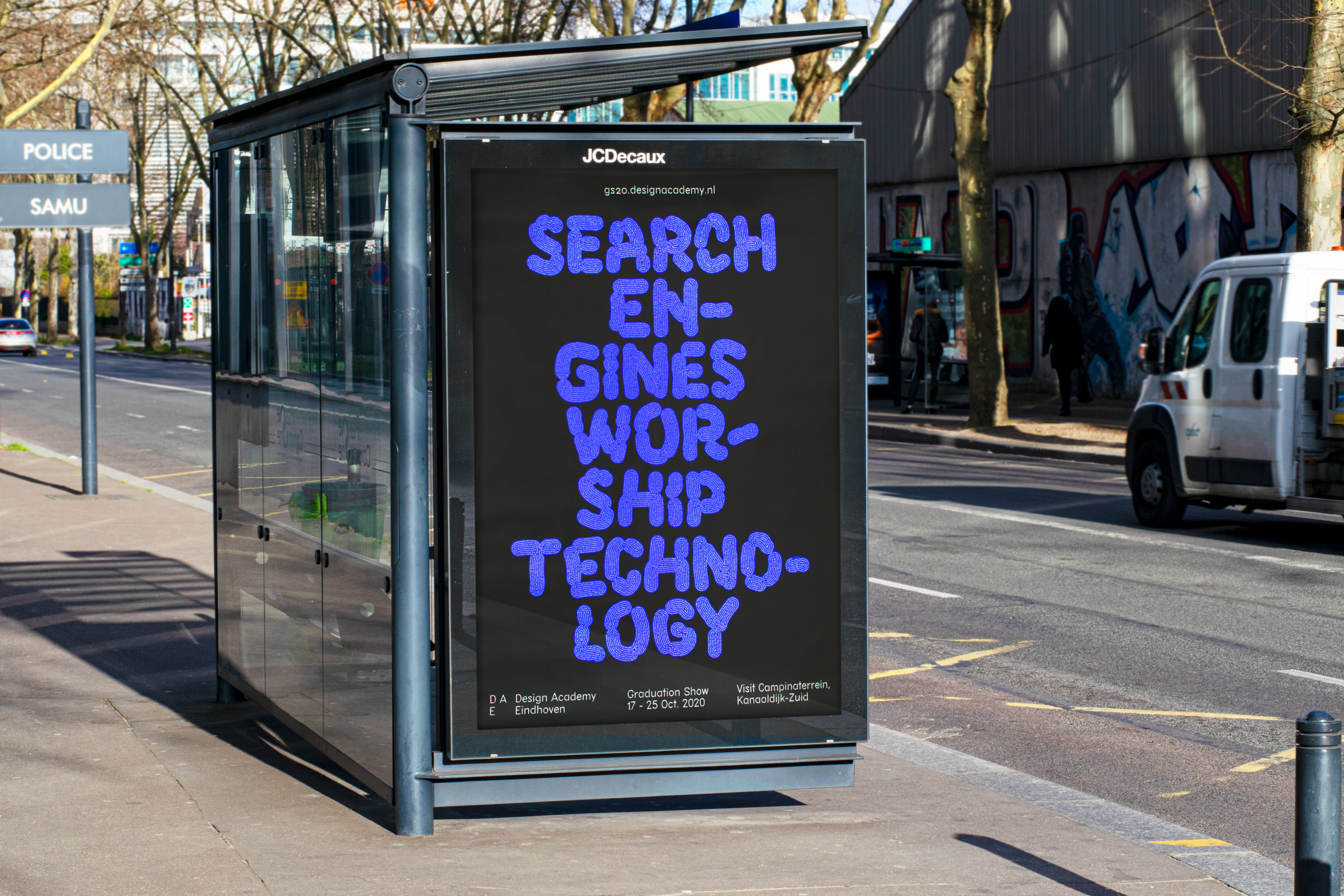 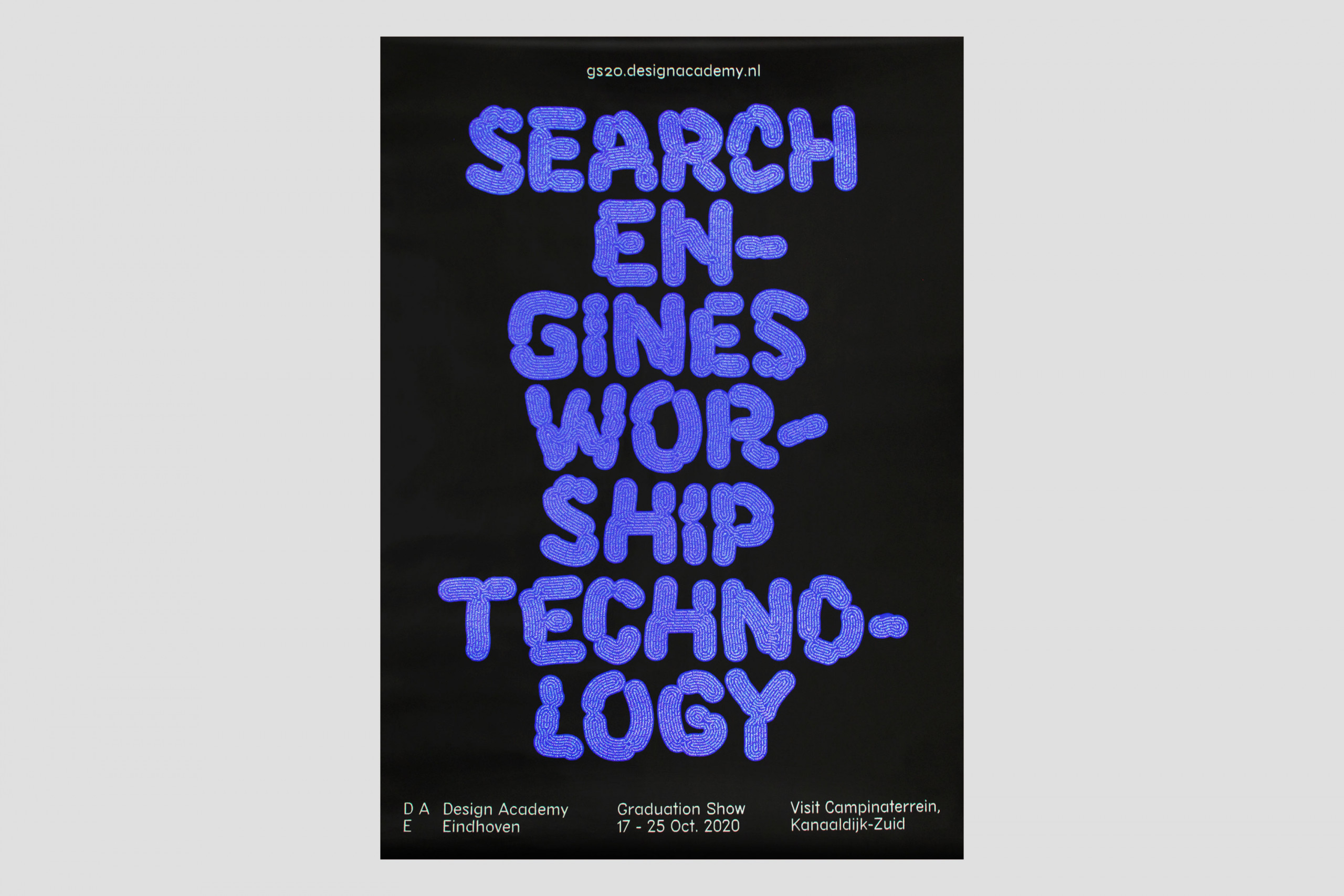 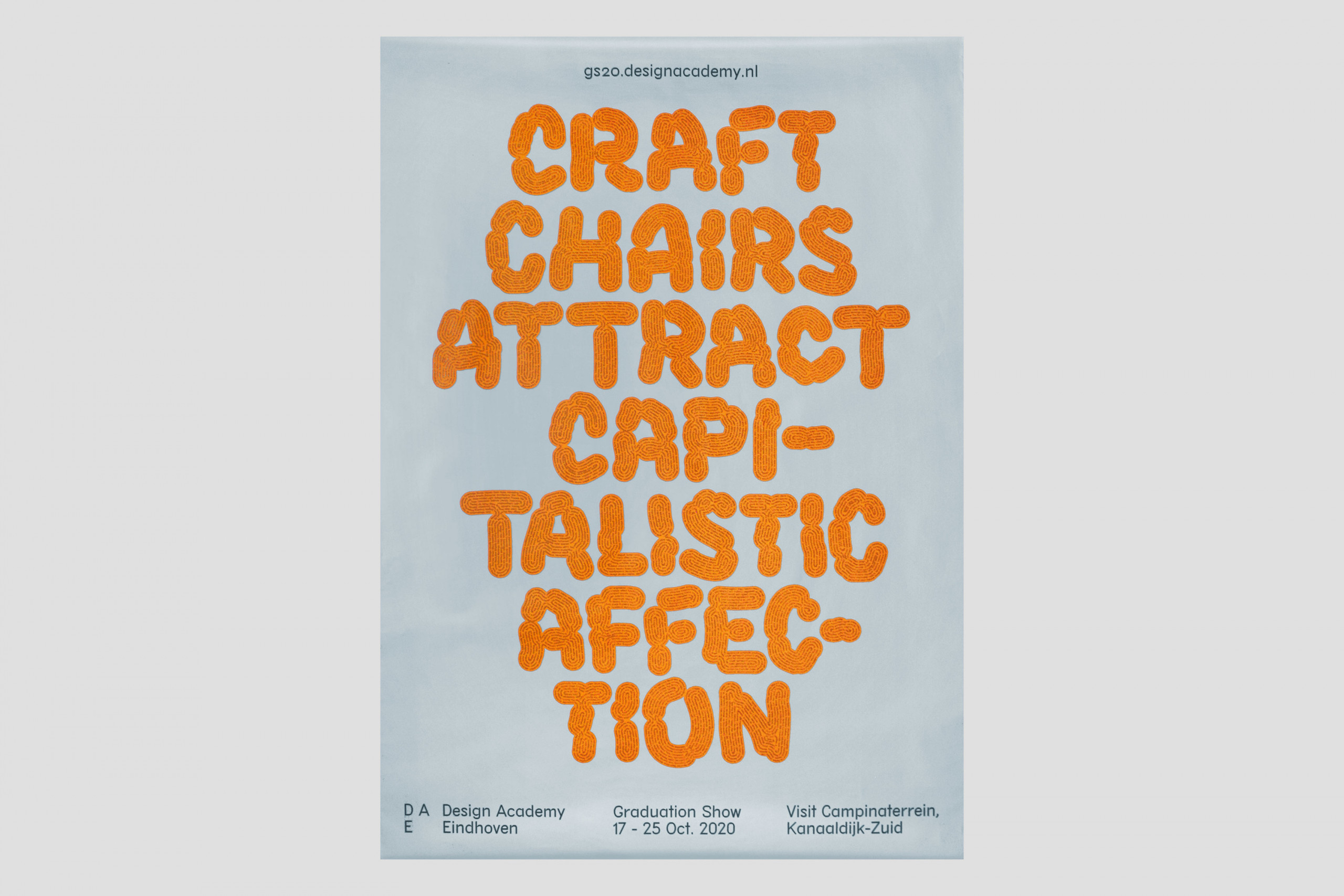 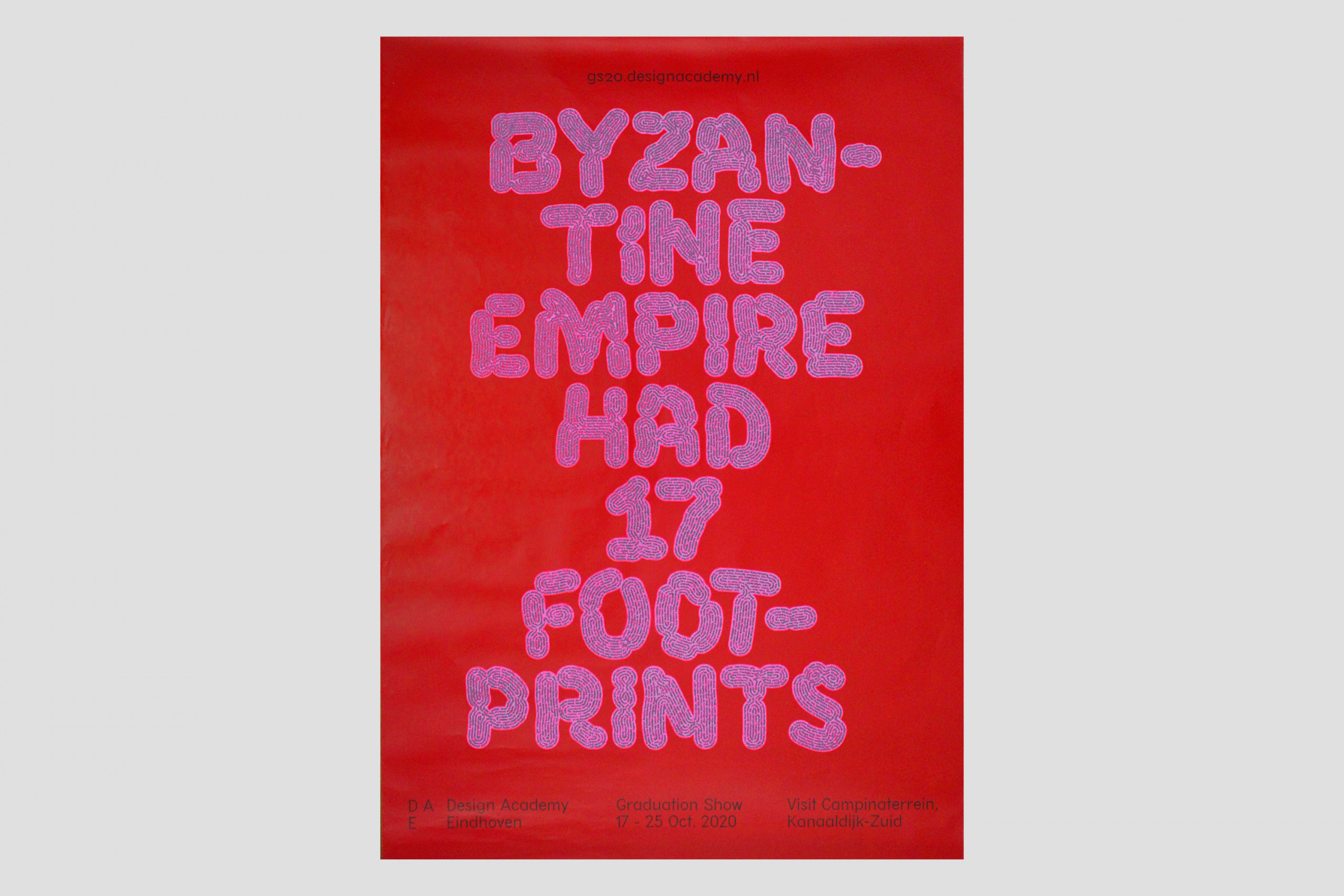 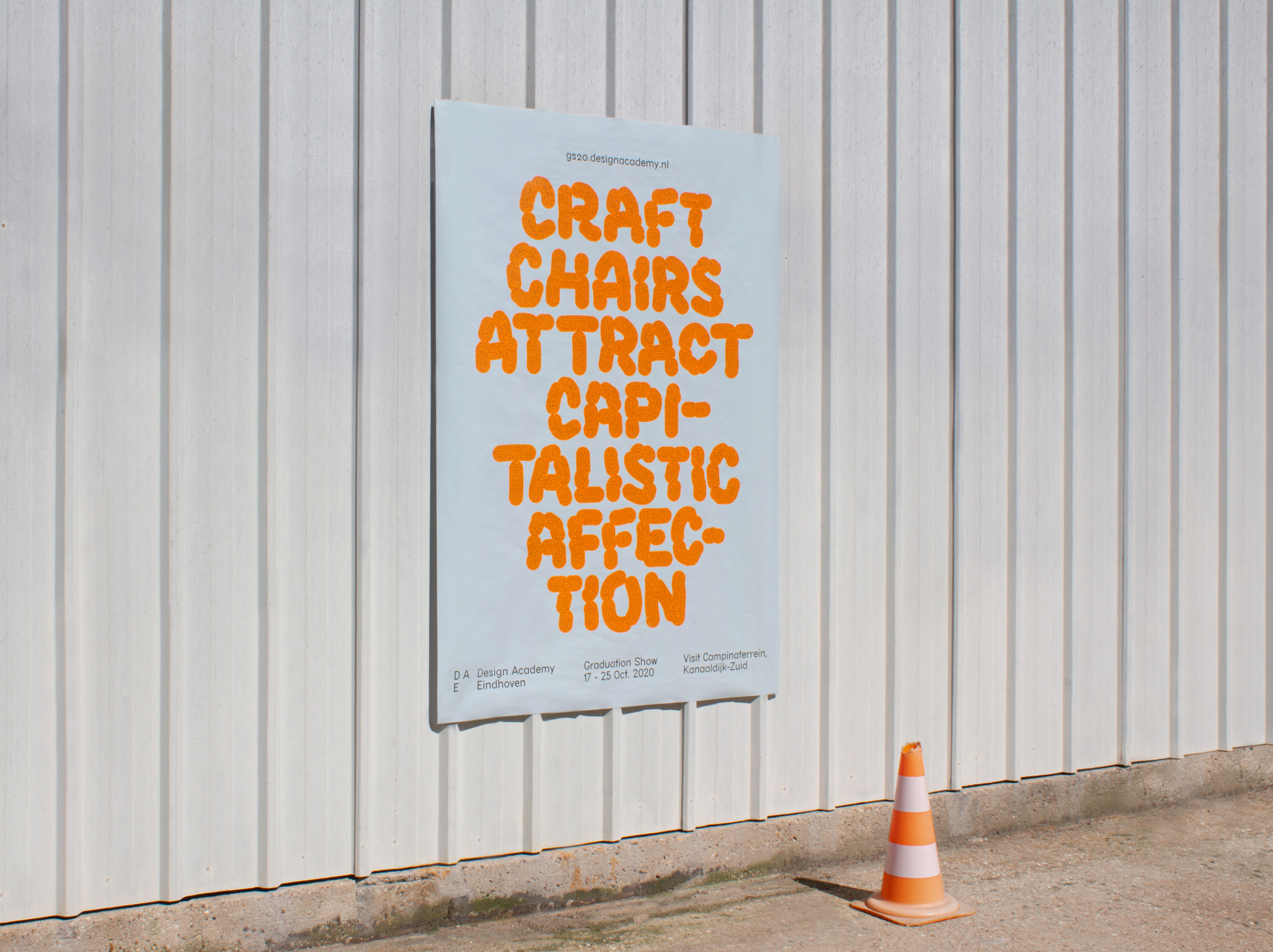 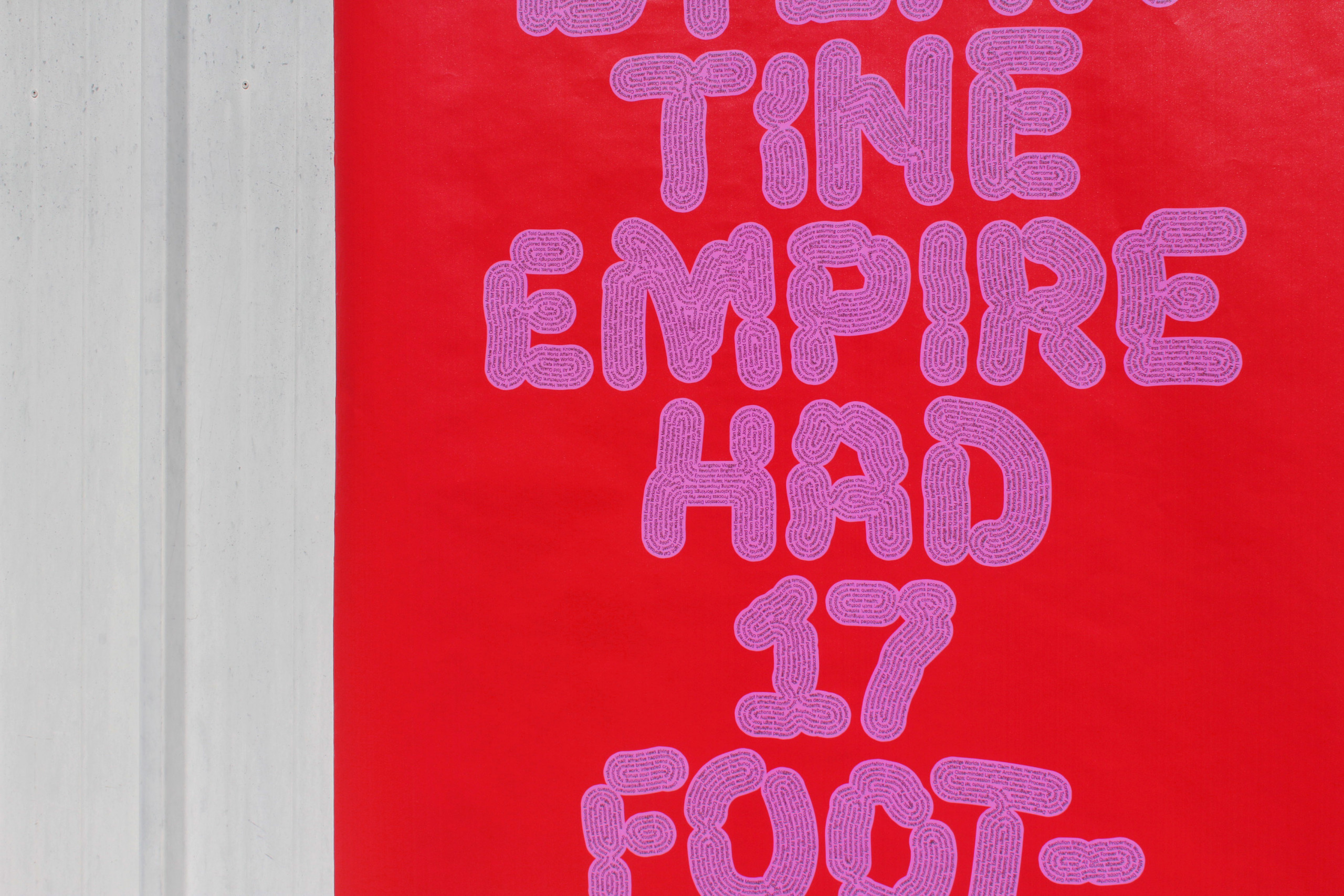 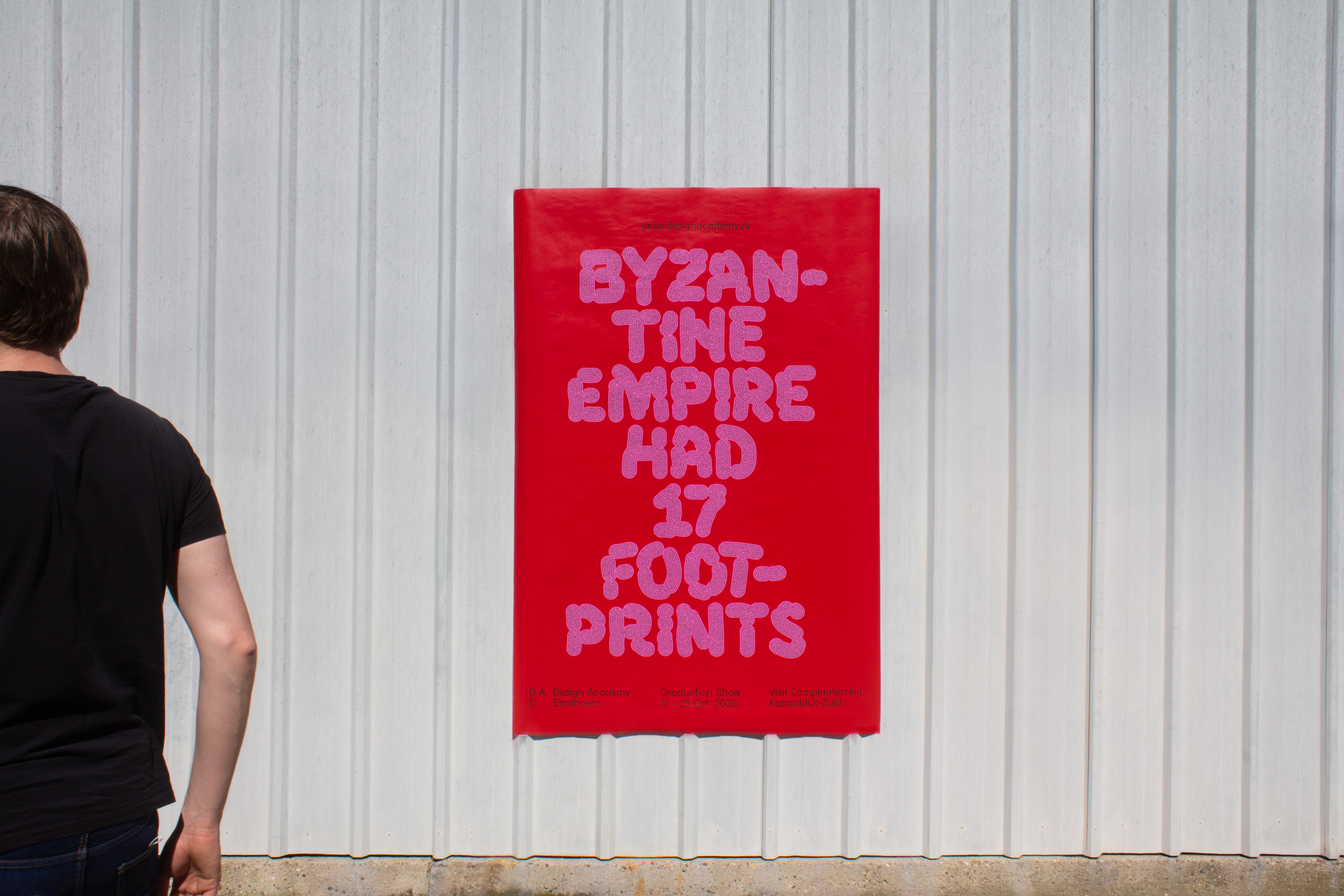 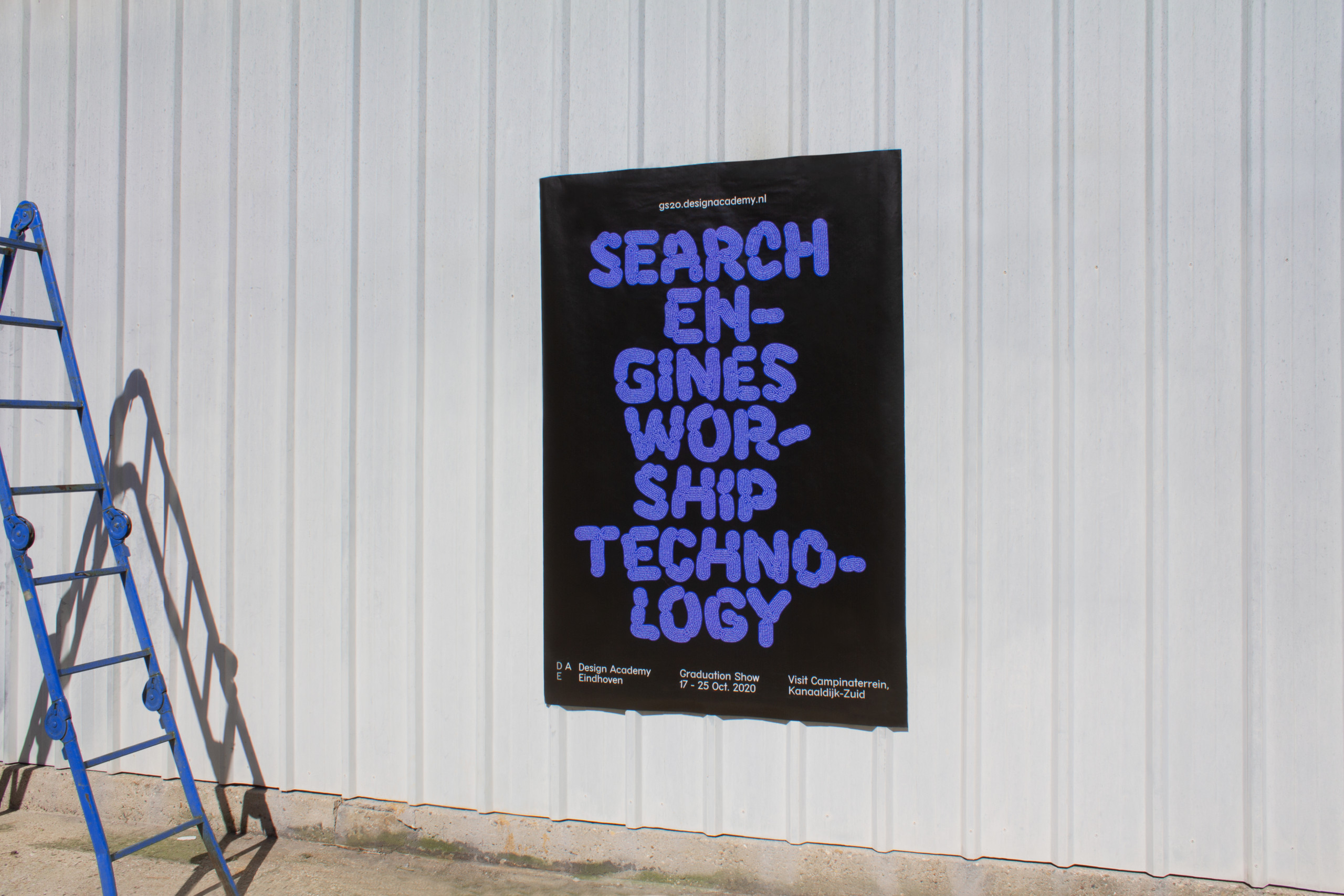 Every year the Design Academy Eindhoven Graduation Show is held during the Dutch Design Week in Eindhoven. It is a showcase of all the thesis projects of the past years’ graduates — in 2020 a total of 184 projects of the ’19/’20 academic year from both the bachelor and master courses.

The visual identity and the campaign for the graduation show are structured by an algorithm that generates an infinite amount of hypothetical news headlines based on a dataset consisting of all the project texts. These generated headlines such as ‘2020 Dictator Fights Exclusion’ and ‘Drone Signals Disrupt the Self’ reveal the overarching themes and interests of the graduates’ work and describe a future world according to the next generation of designers.

At the same time these bold and absurd headlines generate interest and pose a question about design in general. To emphasise the speculative character of the headlines the handwritten typography is filled with more alternative headlines produced by the algorithm.