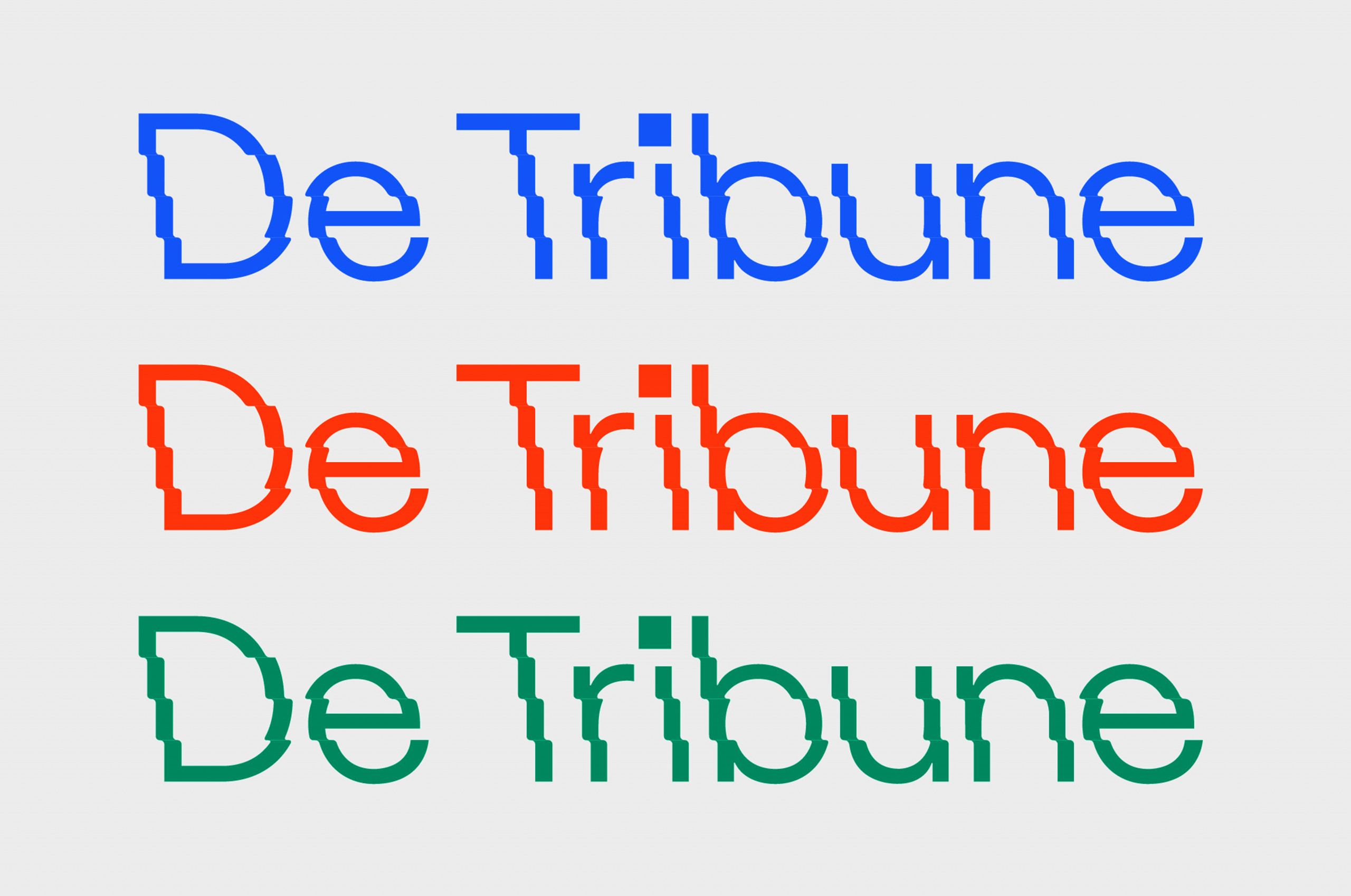 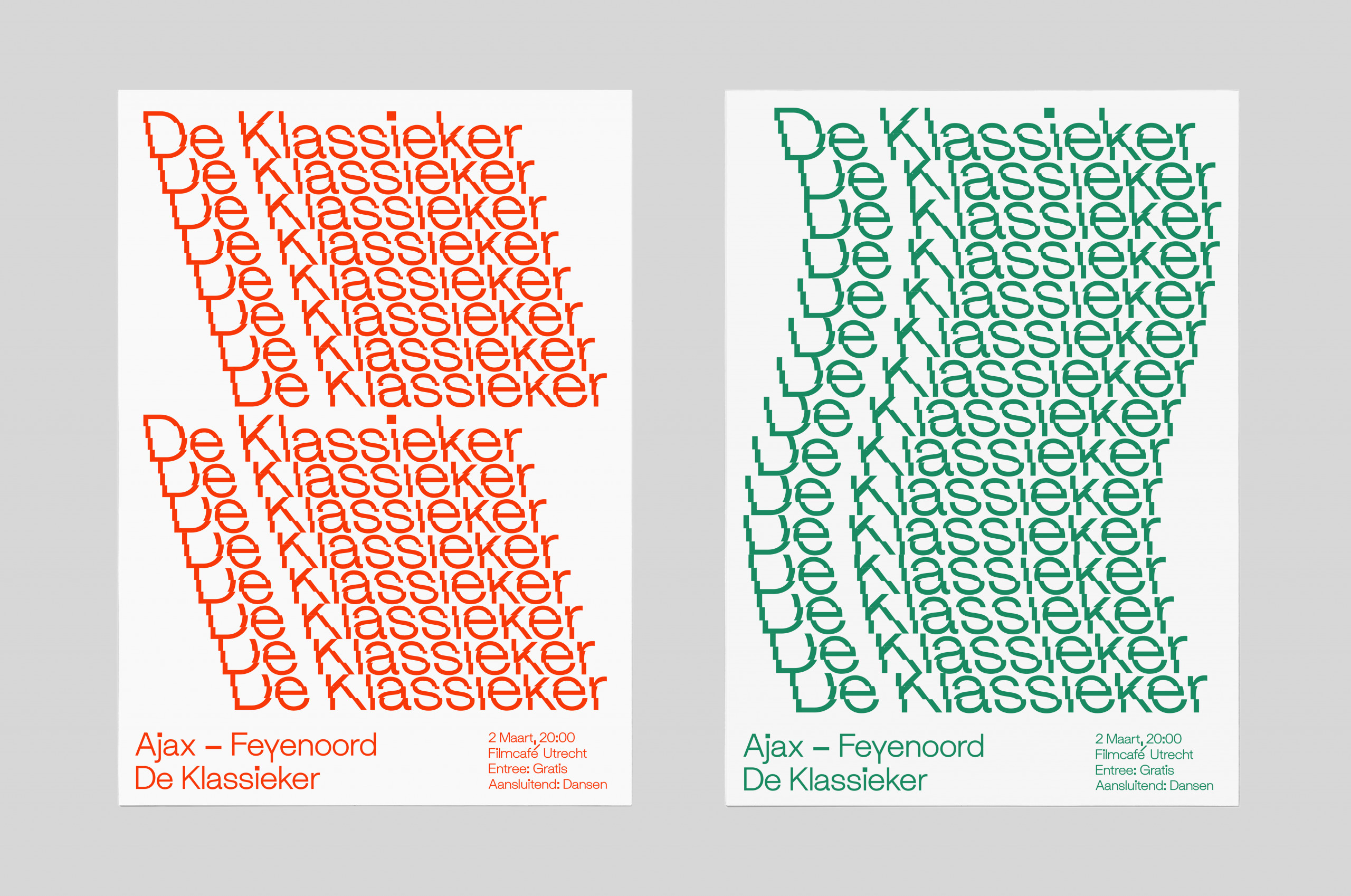 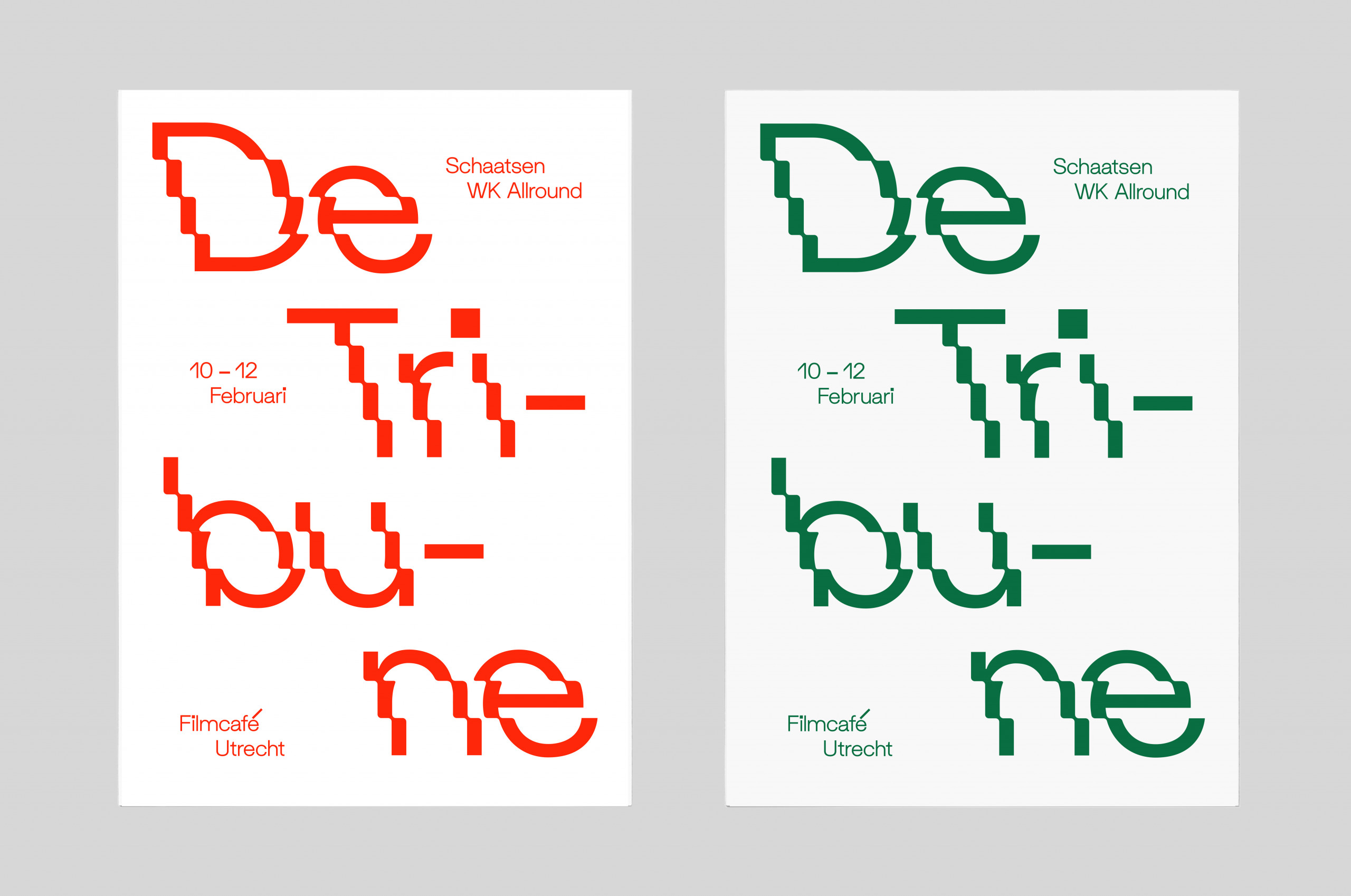 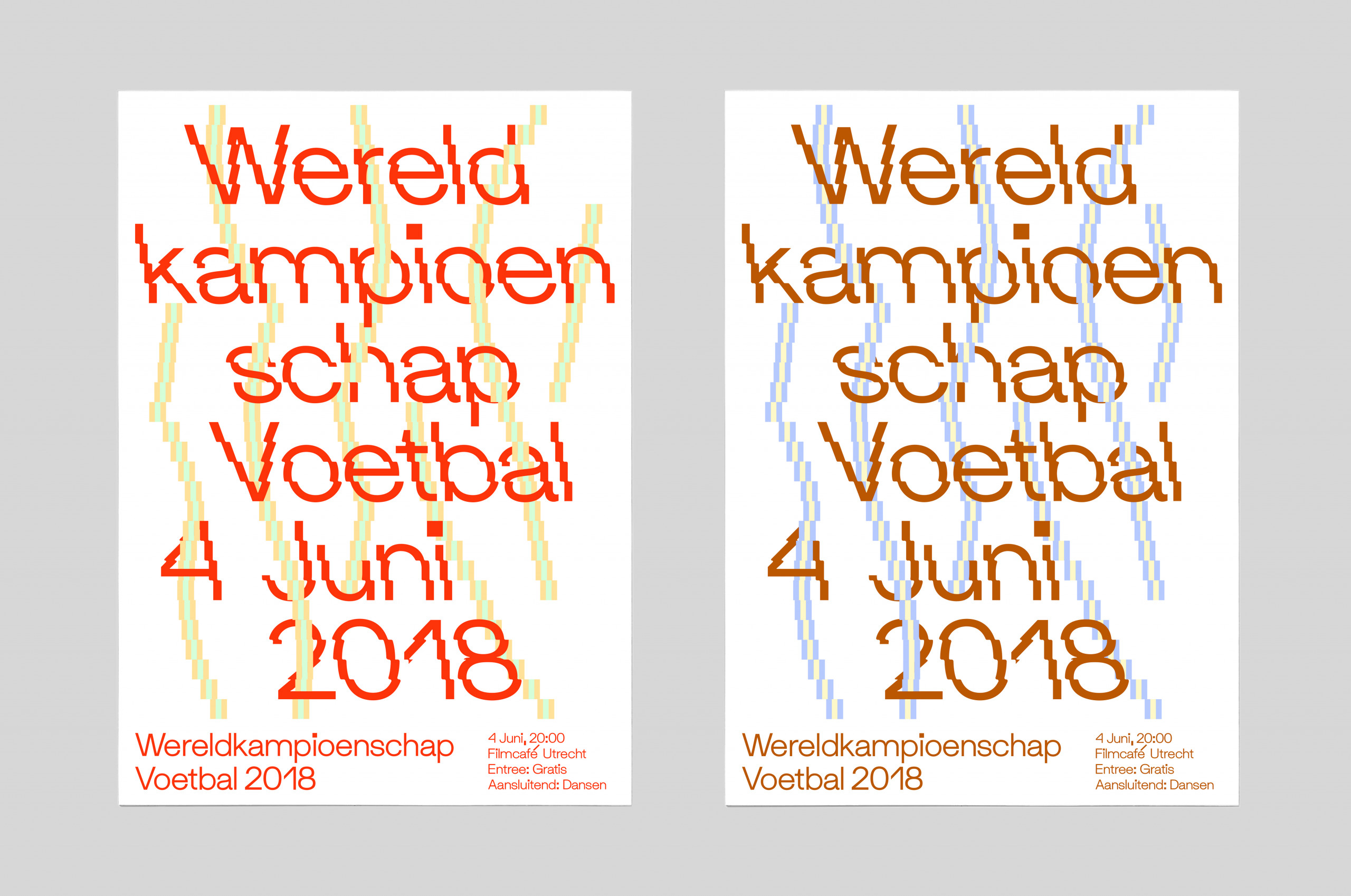 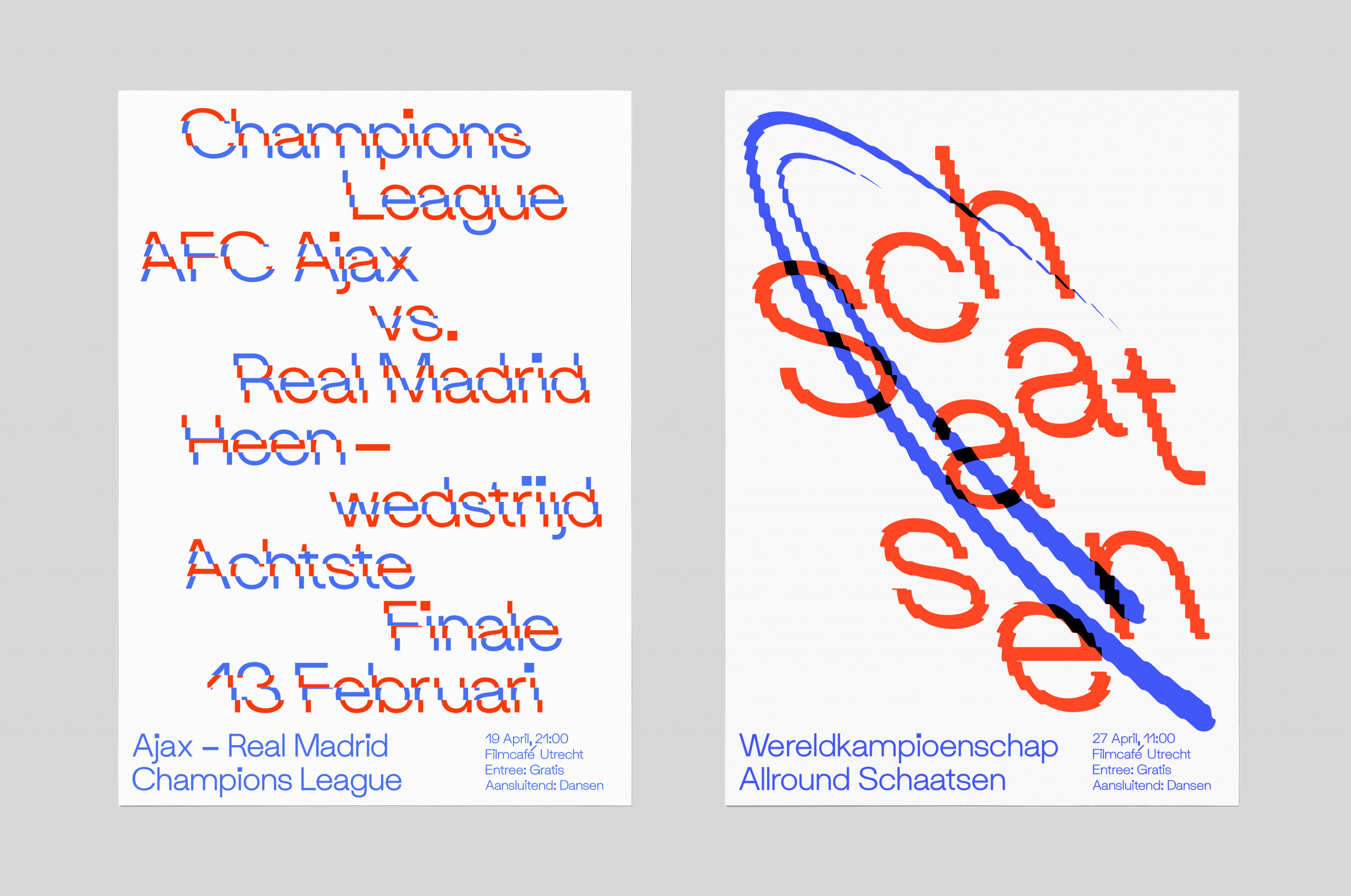 De Tribune is an Utrecht based event platform for screenings of sports events such as football matches, speed skating tournaments and tennis games. The screenings are organised by the Filmcafé Utrecht and gather the city’s sports fans in its cinema housed in an old industrial warehouse, just outside Utrecht’s city centre.

The name ‘De Tribune’ refers to the stands in sports stadiums where fans get to cheer on their team. Taking this name as a starting point, the visual identity mimics a tribune by cutting and displacing the typography in a stair-like manner. This principle results a simple wordmark, but also unfolds in a dynamic system for posters that can be hung in and around the venue to announce future events.